Alrighty! I’m finally getting to the bulk of the Super Lap Battle photos from last month just in time before Christmas! Well, I’m not exactly sure if this is the bulk of it but it’s all the stuff I got from day one of the event. Like always, I only captured what I enjoyed and there are many cars that I left out that just didn’t fit my taste. So, if you’re looking for a full coverage of the event or photos of every car there, I’m sorry to disappoint, but you’re not gonna get that here… But if you’re not looking for a full coverage and is just interested in what I’ve captured, then continue on with the post! 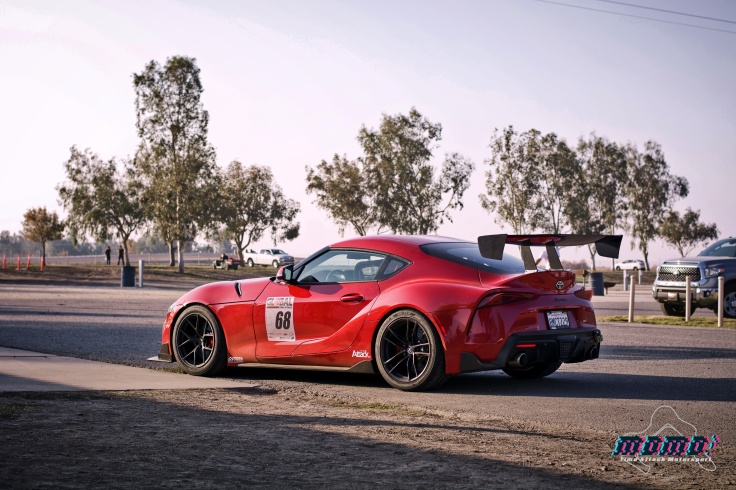 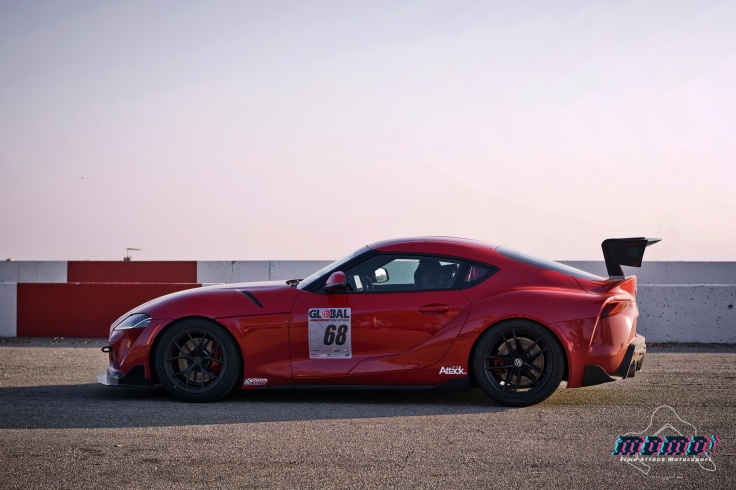 Gonna start of this post with some red hot A90 heat from the guys at Art of Attack! This car was extremely competitive in Street class even on stock suspension and was able to clock in a best time of 1:52.021. 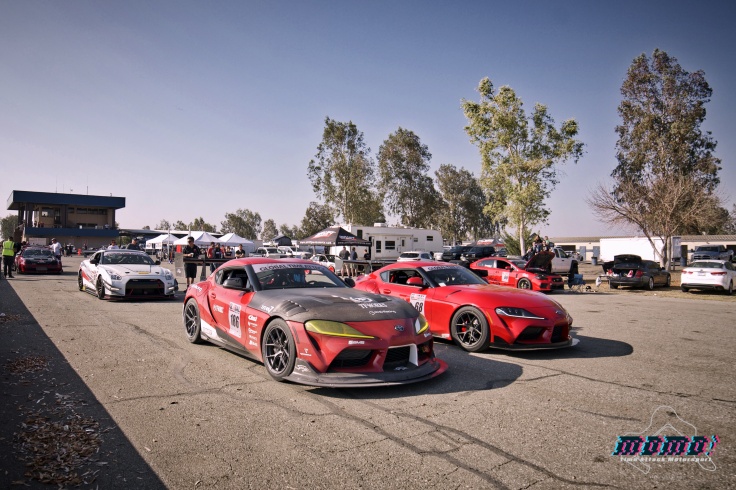 Got a little group shot with the PhD Racing A90, the Art Of Attack A90, and the Kamikaze R35 peeking from behind. 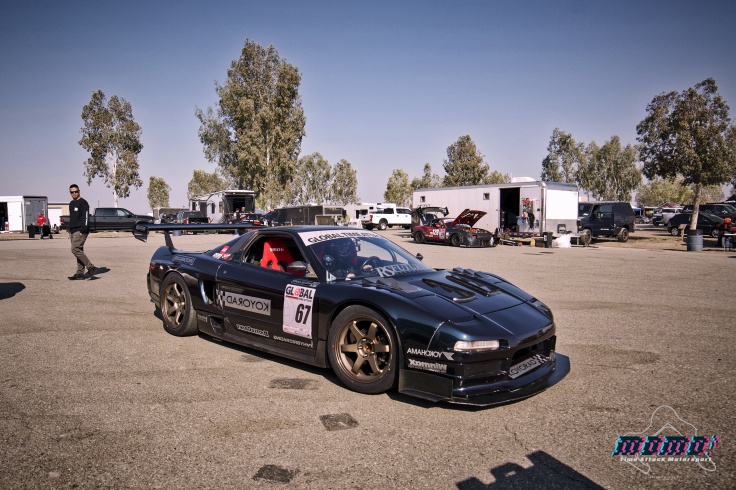 One of my favorite car in the entire event was the RS Future NSX which looks absolutely flawless in a Midnight Purple colorway. However, good looks aside, the car suffered two transmission failures during the weekend which hindered the chances of securing a first place Street Class finish… I’ll have more on this car in a future post. 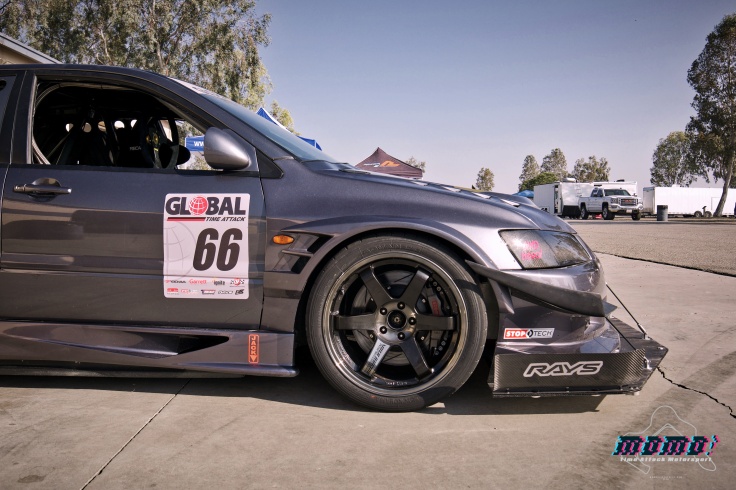 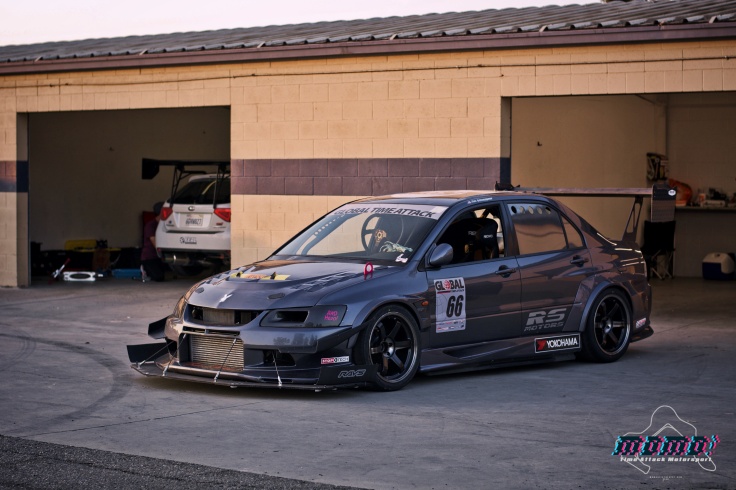 The True Form Racing Evolution IX was another fantastic looking car that had a premature weekend at SLB after suffering an engine failure during its first session out. The car did manage to put down a full lap finishing the weekend with a 1:54.859. 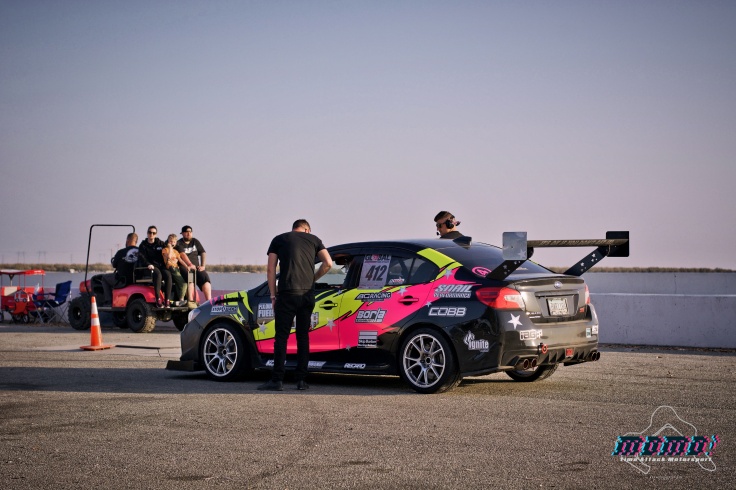 Sally was out and about fine tuning her “Not So Daily” race car… with plenty of help from her mans. She was able to clock in a fastest lap of 1:51.351, just a bit shy of what she was gunning for.

I wish I got more photos of this Integra… it’s so clean and subtle. 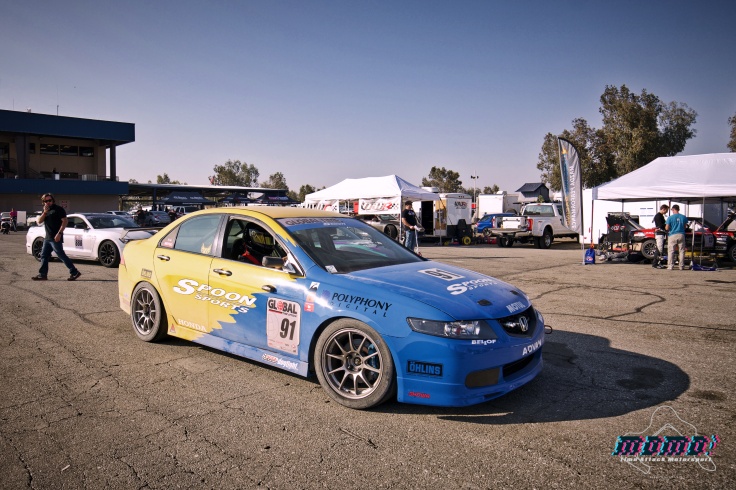 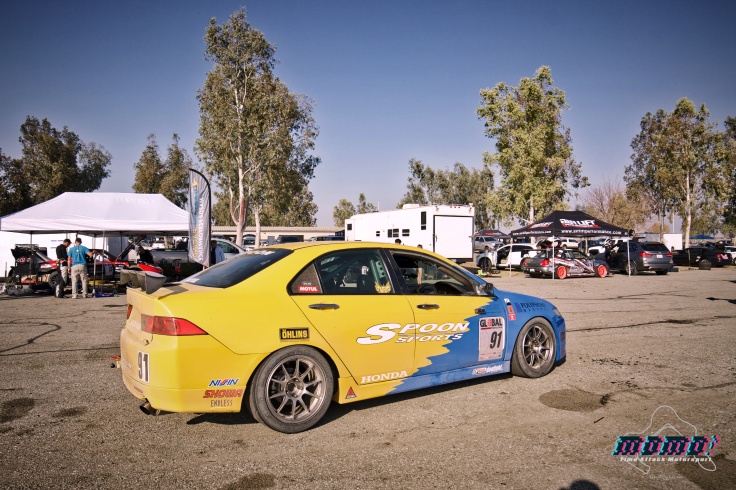 There seems to always be a Spoon Sports car in every SLB event… this time, it’s the Euro R. 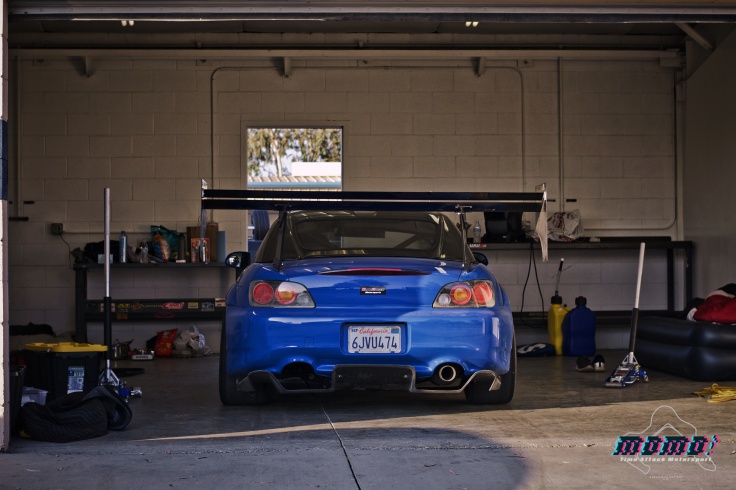 I didn’t get a chance to take too many shots around the garages, but I do have a couple of the Black April Racing/CR Motorsports S2000. The back of the car looks menacing with the APR dual element wing taking centerstage. 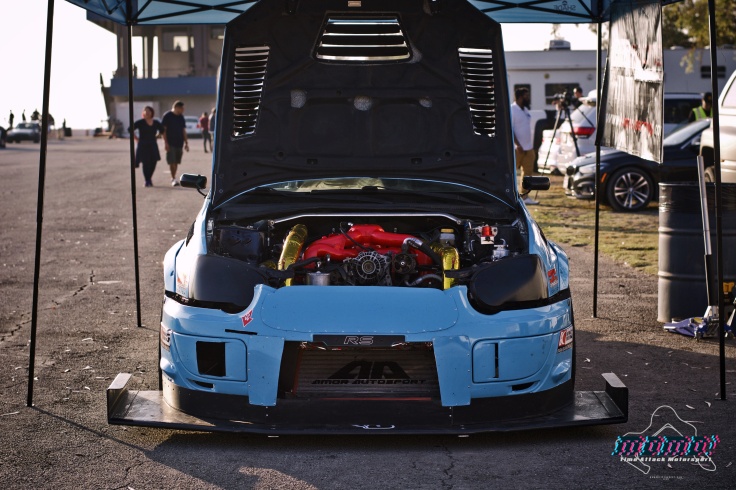 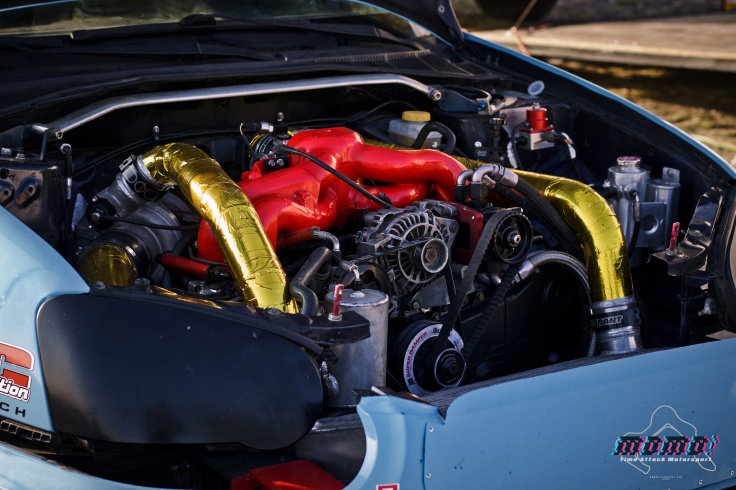 The 600 whp Albrecht Racing Impreza RS ran a best time of 1:53.207 during the event. There’s definitely a lot of time left on the table… 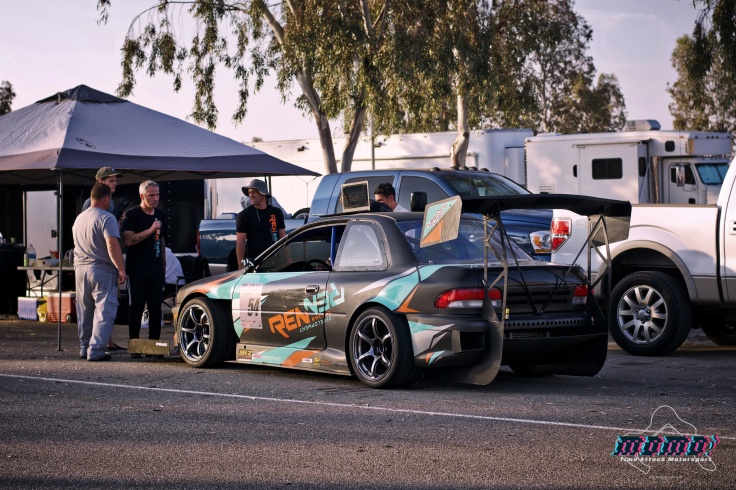 Hands on the hips is usually not a good sign. It looked like the Renner Development Impreza ran into a multitude of issues and was sidelined pretty much for the entire event.

An unmistakable HKS pit with dual HKS War-painted machines. You can check out more of the A90 in an earlier post.

Son was able to pilot his supercharged S2000 to a new personal best time of 1:51.026! I’m hoping the front fenders will be paint matched in the future, which will definitely complete the look of the car. 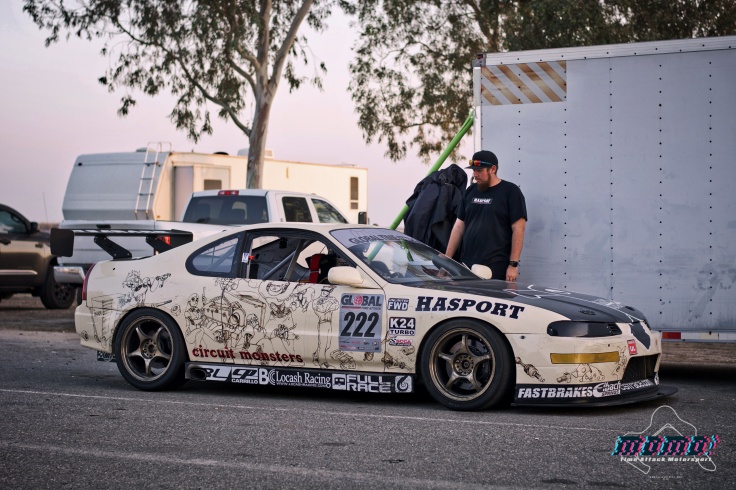 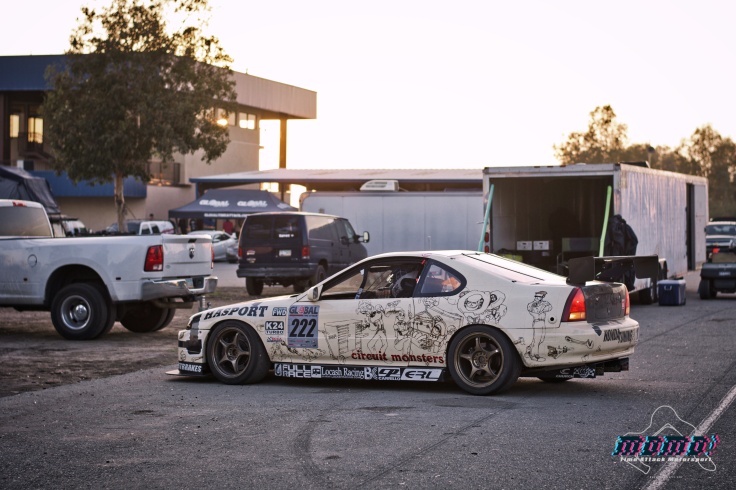 I don’t think I’ve ever seen a fourth-gen Prelude at a Super Lap event, but the Hasport beauty made an appearance this year and faired pretty well clocking in a fastest time of 1:51.266!

In an earlier post I had a few choice words regarding time attack Miatas, but this one was very clean. 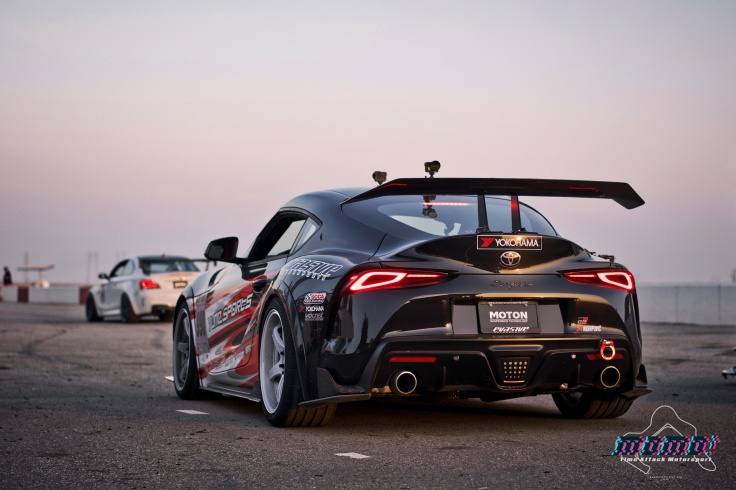 The Yume Sports A90 was rocking the sublime Artisan Spirits kit. I think this is one of my favorite kits for the new Supra due to its subtle nature. 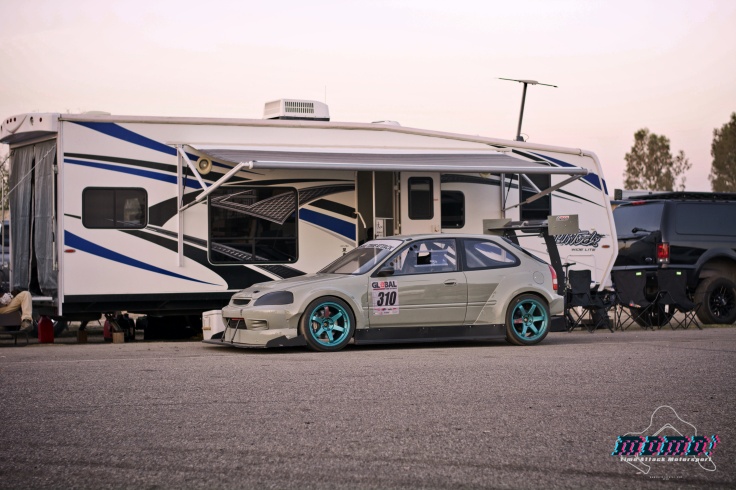 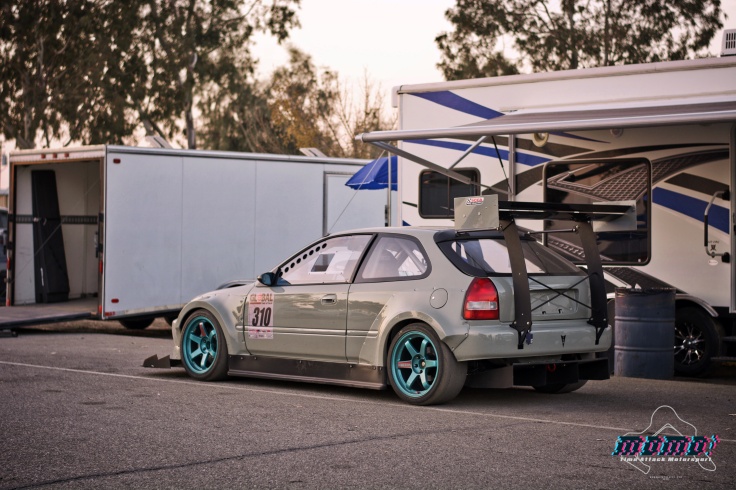 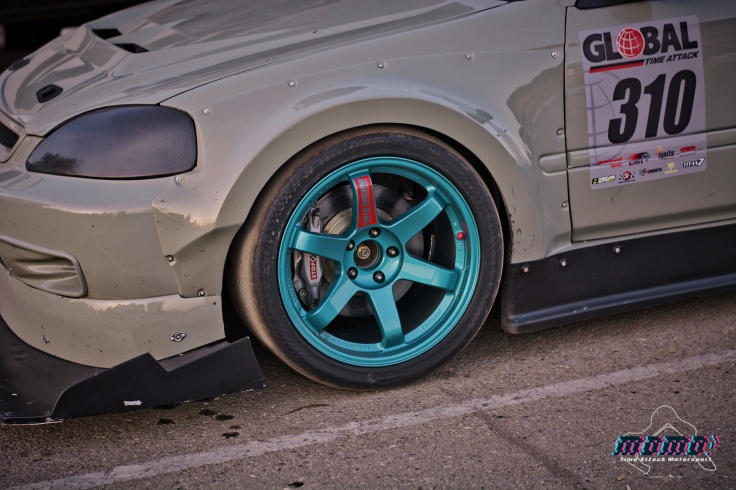 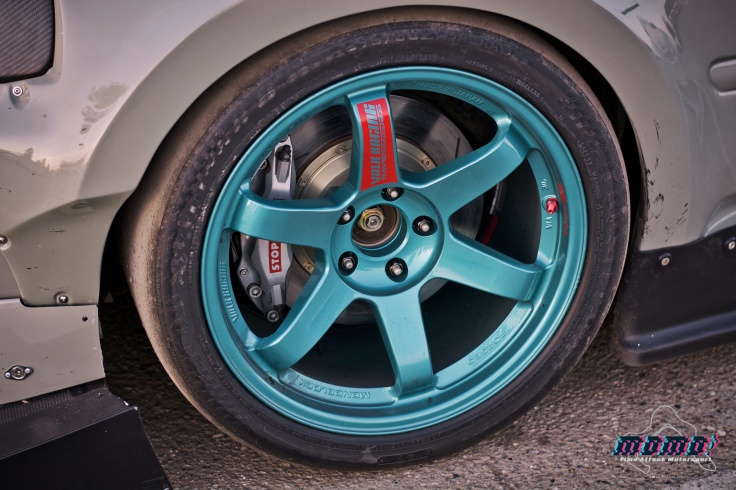 The Novak Racing EK looked relatively the same since the last time I saw it the previous year… still rolling on those gorgeous Hyper Green TE37s.

Evasive was not the only one with a Pike’s Peak Hill Climb car at SLB as Tyspeed brought out their M2 as well. However, it’s certainly not as fast as the 86… at least not for SLB weekend. 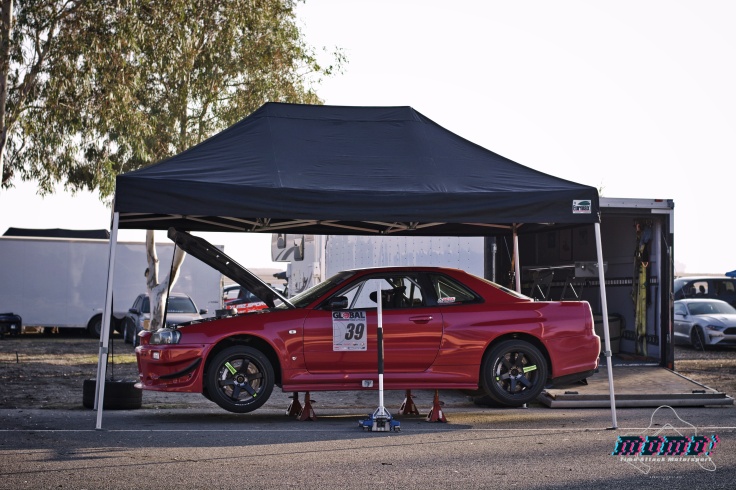 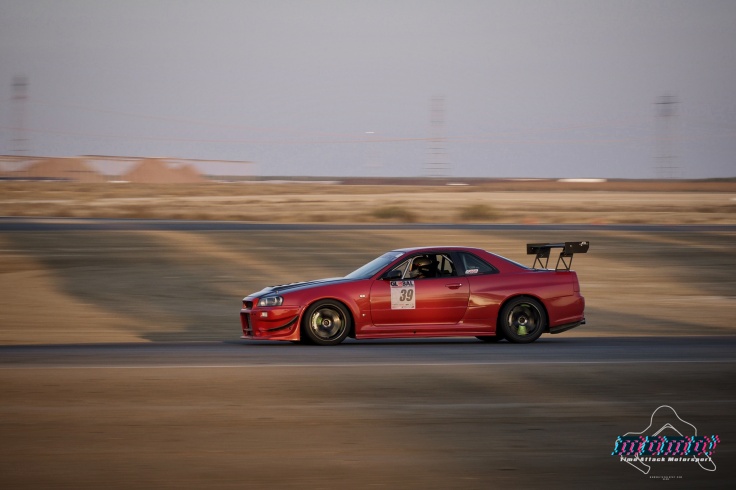 Another one of my favorites at Super Lap was the Padelford Racing R34 GTR. The Skyline was switching between Titan7 and TE37SLs during the weekend but I love the Volk Racing look at lot more! I actually don’t think I took any photos of it on the Titan7s… 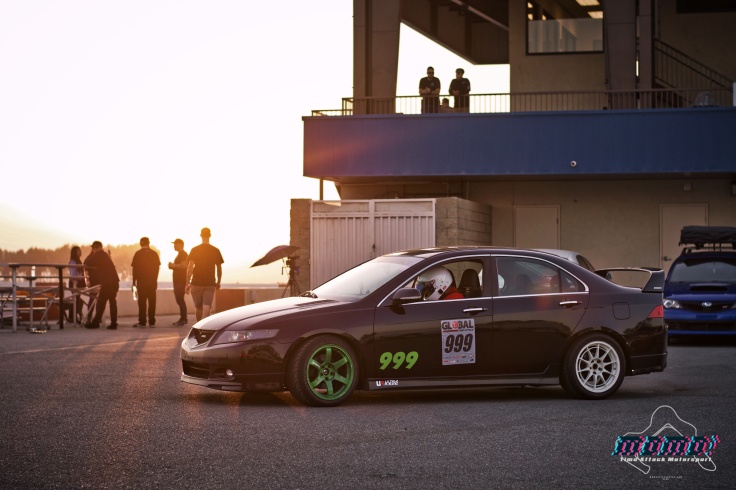 Couple of Hondas during a beautiful golden hour at Buttonwillow Raceway. 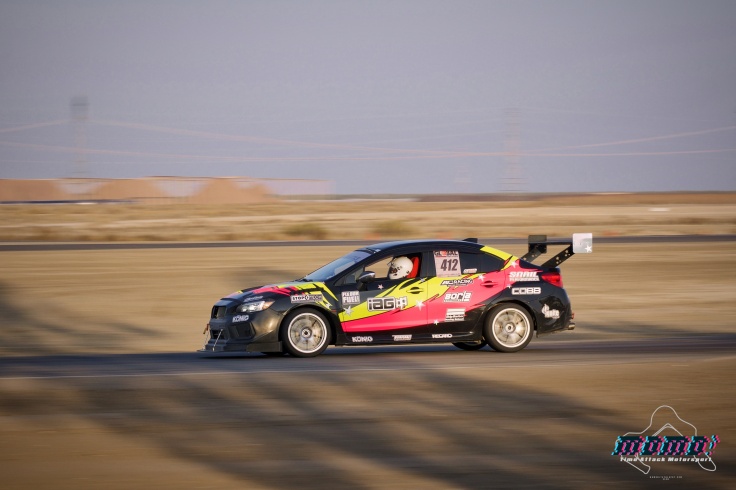 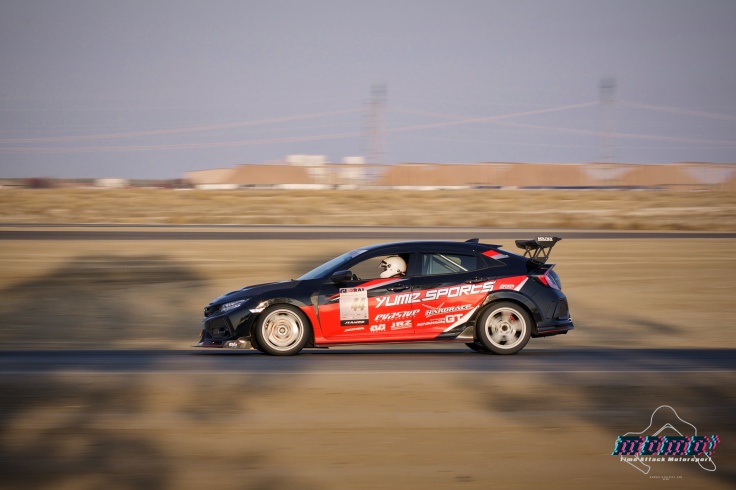 Gonna end this post with several rollers during the last sessions of day one. I really need to invest in a telephoto lens, so I can capture some better panning shots. Anyways, hope you guys enjoyed this first installment and see you guys again for part two!