10 years of Wekfest, a decade in motion; these words echoed all day in the San Jose McEnery Center a couple of Sundays ago and for good reason. July 1st, 2018, marked the tenth year of Wekfest “Bay Area.” Although, realistically it was more like eight years since the early years were known as J’s Gathering, but I’m not gonna get technical here because it’s still 10 years in totality, and that’s pretty awesome. I remember 2008 was my first year attending J’s Gathering with my old S2000 actually in attendance as well, and I thought this show was the coolest thing ever… The location in an underground garage, the smells and sounds of exhaust notes, and the backdrop of San Francisco’s Japantown upstairs made for a perfect combination in my eyes. The shows in SF Japantown remains special to me and, unfortunately, I don’t think they can be replicated again. Fast forward to 2011, Wekfest SF has found a new home in Fort Mason, an old pier with views of the Golden Gate Bridge and the rest of the Bay. I thought this venue was pretty nice but it didn’t have that aura of the underground garage, and I also thought there was a bit of overcrowding during these days at Fort Mason. Unfortunately, the Fort Mason days were also short-lived as the show outgrew the venue and the show quickly moved to its current location at the San Jose McEnery Center, with it the show also lost some of its special aura in my opinion. Sometimes I wish that the organizers would scale down the show a bit, so they can choose other, more unique venues for the show but quantity seems to always be the driving force of all shows, even if organizers don’t want to admit it. “Bigger and better” tends to be the narrative of shows across the country but in my opinion, bigger doesn’t always mean better… Even for Wekfest, ten years of refinement was not enough for the show because I still see cars that I thought were not qualified for inclusion, at least not for a show that carries an “elite” caliber. Therefore, I’ve stopped doing coverages of shows and instead focused on the handful of cars that really stood out in my eyes. 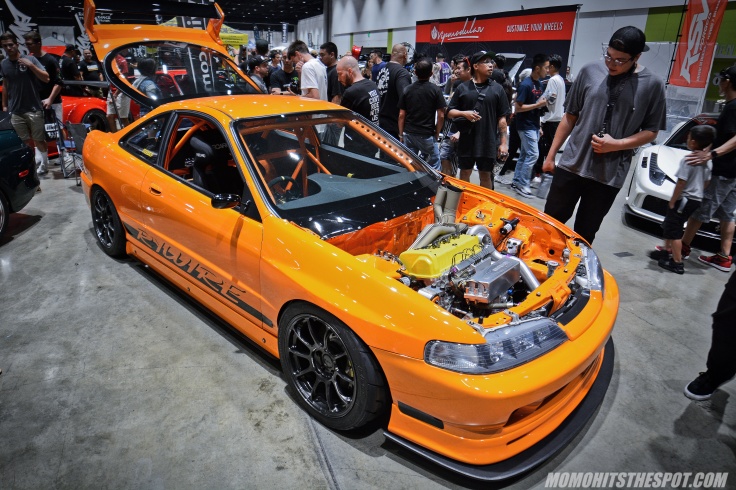 The Rywire Integra was pretty much front and center near the entrance and looked relatively the same since the last time I saw the car.

Next to the Integra was this equally well-built Civic EF. I just loved everything about this car especially the sizing of the TE37/Toyo tire combo.

My buddy Hanzel’s Mugen-themed NSX looked absolutely stunning on baller M7 wheels. Hanzel is one of those die-hard Mugen guys and pretty much all his builds are fully “Mugenized.”

This FRS looked simple but for some reason was one of my favorite cars at the show, and I will have more photos of this on a separate post. 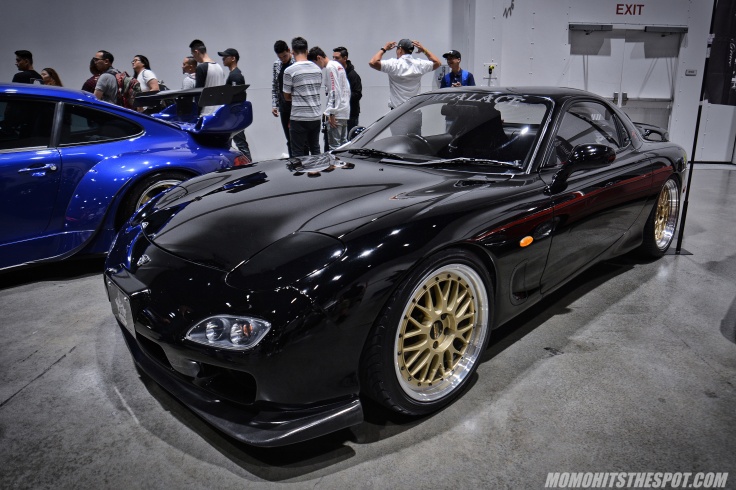 I saw the unveiling of this RWB back in 2014 and it’s still remained relatively the same.

This is probably one of my favorite RWB Porsches ever….. I love the color combo and the BBS E88 wheels which I think is the best choice for the car. 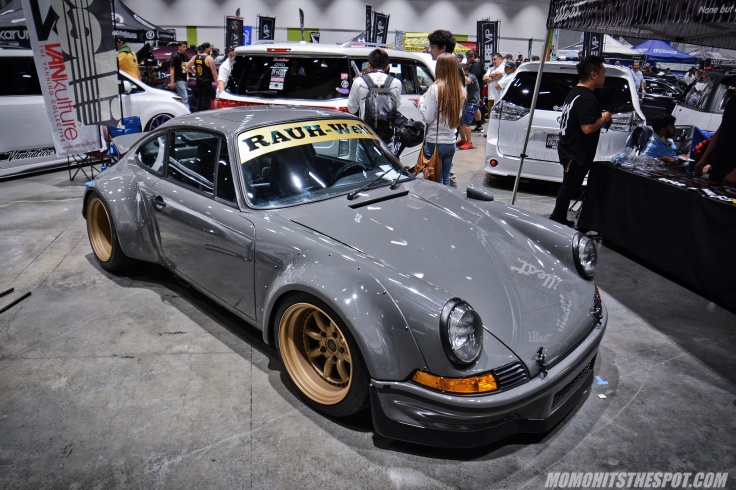 Another RWB, this one I think is the personal car of Fatlace/Illest head, Mark Arcenal.

MKIII Supras are not my cup of tea, but this thing was immaculate on TE37SLs. 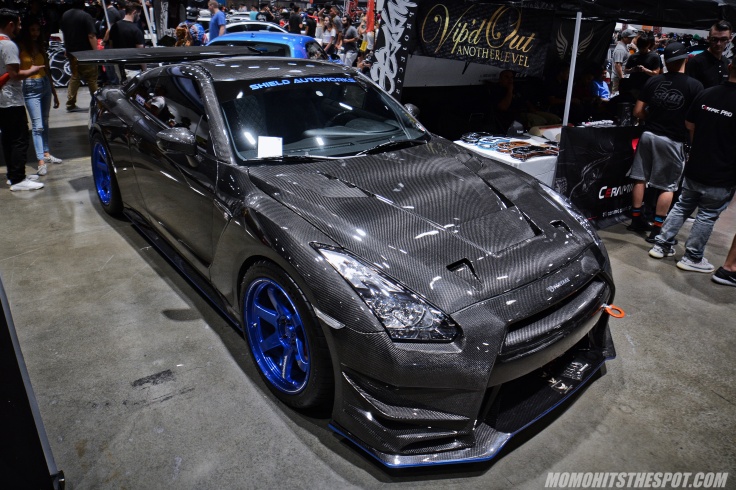 One of the Bulletproof Automotive built, full carbon, Overtake GTR was on hand for the show. 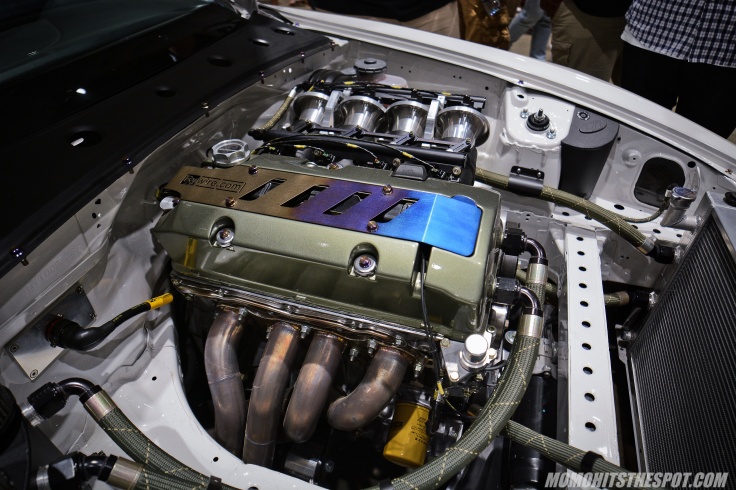 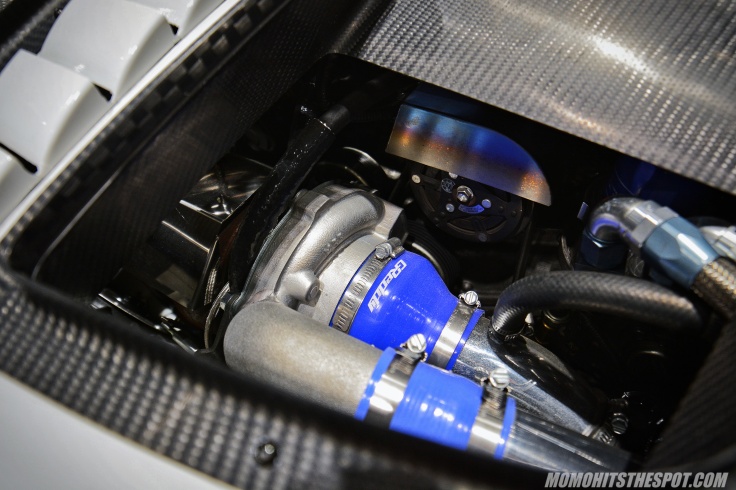 My favorite car at the show was hands down the Varis Kamikaze BRZ that’s been making its way and winning trophies at every show it attends. I wish I got better photos of it but I showed up late to media check-in and by the time I made my way around the show, the crowds have filed in. 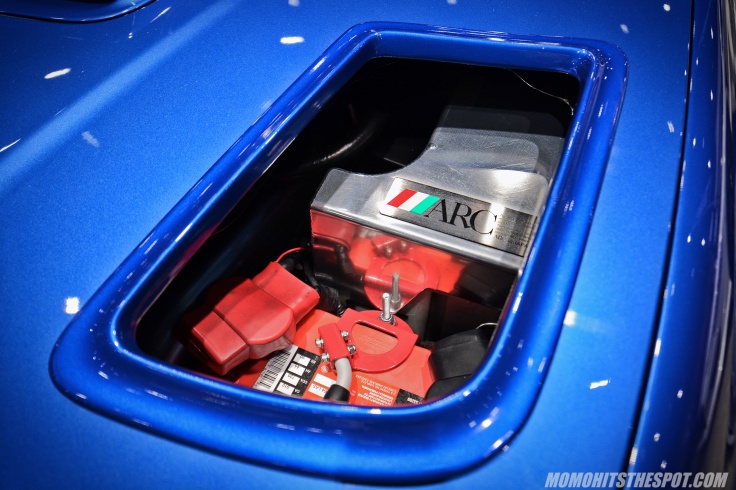 Different generations of Subaru but both executed beautifully, one with a full Varis offering and the other a full Voltex catalog. 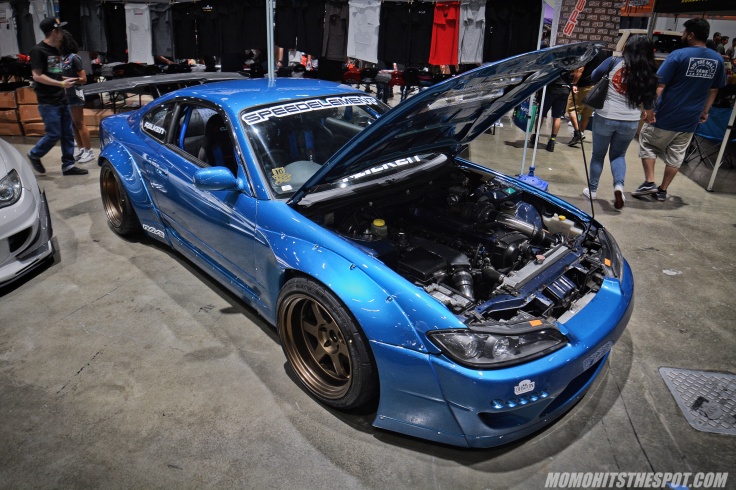 A Rocket Bunny S15 equipped with a RB26 power plant near the Speed Element booth. I’m usually not a fan of anything Rocket Bunny, but this was executed pretty nicely.

Another S15, this one all the way from Canada.

I think this was one of the only S2000 I liked at the show… on Desmond Regamasters.

It was nice to see this NSX in the flesh again, I think the first time I laid eyes on this NSX was way back during the second year of Autocon LA… about 8 or so years ago. The ‘new’ look with the Route KS Madonna kit and white Mugen MF10s is by far its best rendition.

I remember the JSJ Brothers coverage of J’s Gathering way back in the day and seeing these Hondas brings back some fond memories.

This was the best DC5 at the show hands down, I’m not sure how many DC5s were in attendance but this wins on so many levels.

So, that’s about it for my photos of Wekfest San Jose. Like I said, this isn’t a coverage just some of the best that caught my eyes. There were a lot of Liberty Walk and VIP cars but they were not my style so I didn’t include them in my photos. However, there were several cars that I’ve missed that should be a part of this list but the crowd was too overwhelming for me and I stopped shooting or I just overlooked them and forgot to go back to get shots of them. Either way, I’m pretty happy with how my photos came out and hope you guys enjoyed this relatively short post on such a massive show.