Holy shit it’s been quiet around here… I would venture and say this has been the longest hiatus that I’ve ever had on the site. It’s been well over three months since I’ve written anything and I’d be lying if I said I’m not having some type of writer’s block right now. Anyways, my writing problem aside, as you all know (or should know), November means Super Lap Battle in Buttonwillow Raceway and you’d know damn well I’m not gonna miss out on the best time attack event in North America!… (COTA is second still in my book) But before I get into the actual event as a whole, I want to take a few moments to showcase a few cars that I really liked during the event. First up it’s the Evasive Motorsports GT86! 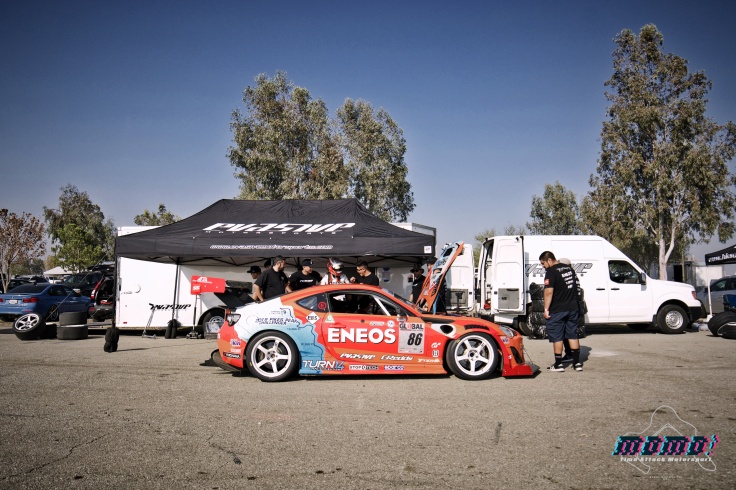 Evasive Motorsports always brings out some of the best cars at any Super Lap event, and this year was no different as they decided to run their multi-purposed GT86 that competed at Pikes Peak Hill Climb earlier in the year. 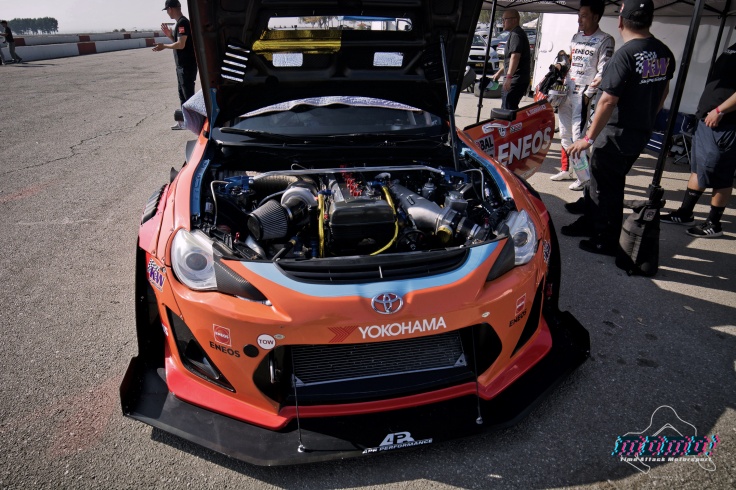 To be competitive at Pikes Peak or time attack, the FA20 power plant is just not gonna cut it, so in place of the stock motor is a proven single turbo 2JZ that’s pushing upwards of 900HPs! 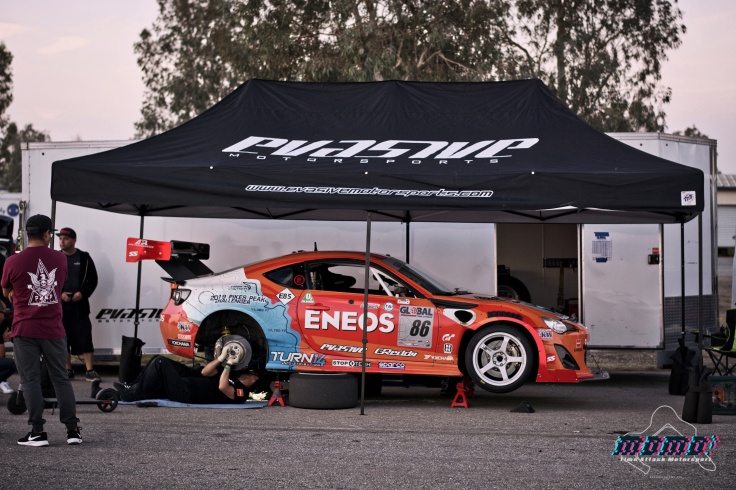 It isn’t a proper time attack event if cars are not on jack stands at some point or another. 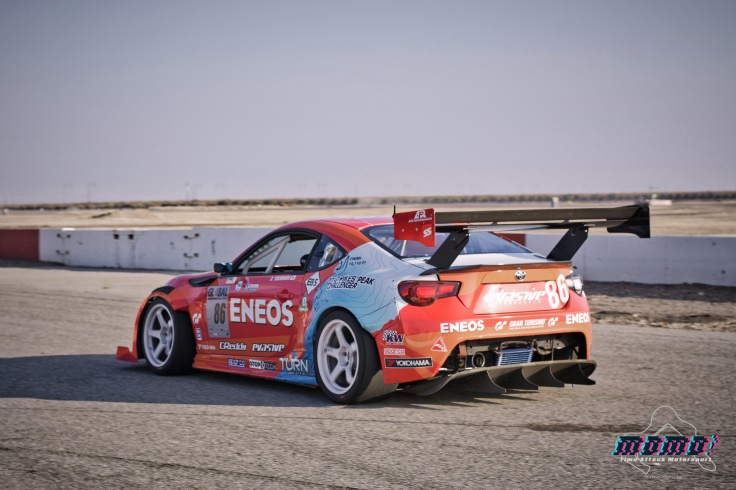 I just love the livery on this car with the Eneos orange theme and the Pikes Peak topography in conjunction with the Racing White Advan GTs… simply perfect!

A little midday action coming out of the Esses.

Veteran driver Dai Yoshihara was behind the wheel all weekend as he heads out for the last session of the event.

You can’t really tell by the photo but they’re actually very ecstatic as Dai was able to secure the fastest overall lap of the event on his last session out with a 1:41.0~, beating his previous time of 1:42 on Saturday!

And there you have it guys, my first post in months is complete! I hope you guys enjoy the photos and remember you can always check out more on my social media pages.