With social media in full fledge these days, it’s gotten pretty easy to put names and faces to cars without even meeting the owner in person. This is the case with Michael Mao and his 1992 Route KS Madonna NSX. I remember he had an AP1 S2000 on CCW Classics which preceded the current Honda… it was pretty nicely built for the most part but the NSX is on a whole other level. What I love most about this NSX is that its continually being refined and updated for what seems like an eternity, and with each update, it just gets better and better. When this car was running the Taitec kit with those infamous 24K gold Mugen MF10s, I thought it had reached its pinnacle and it couldn’t get any better than that… I was clearly wrong, because here it is, in its best form yet.

I actually decided to go to the Inspire meet solely to get photos of this car because I never get a chance to at shows and I thought this would be my best opportunity to capture some decent photos of it. 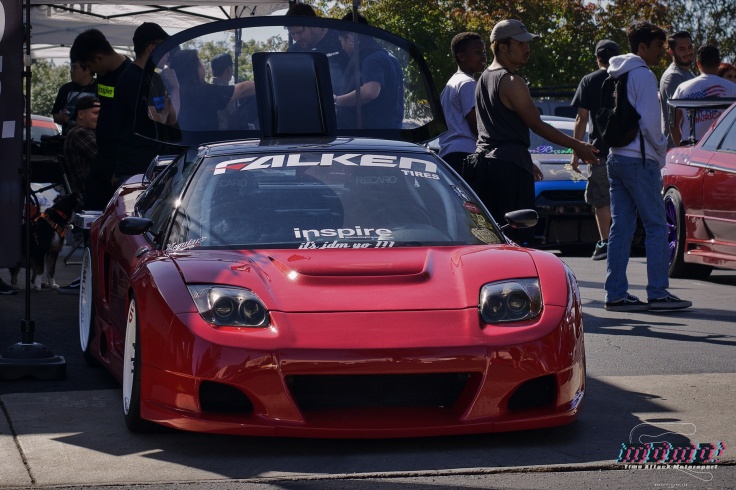 The Route KS Madonna kit has slowly become my favorite for the NSX, with the Sorcery kit being a close second…

I’m a Volk Racing type of guy but these white Mugen MF10s are just stunning. In my opinion, these MF10s are a better fit for this car compared to the old 24K gold pieces, even though they’re definitely more flashy.

Can’t really tell by looking at the engine bay, but this NSX has been boosted for, I think, 8 years or so now. Talk about reliable!

I didn’t get a shot of the custom intercooler setup, but the car looks quite menacing from behind… which is a view most cars would see if they were to race it…

So that’s about all that I have captured of the NSX this past weekend. I didn’t want to get into the details of this car too much because it’s been documented extensively on social media, print, and other online sources. All I really wanted to do was grab some photos of it for the site so hopefully you guys enjoyed the photos!