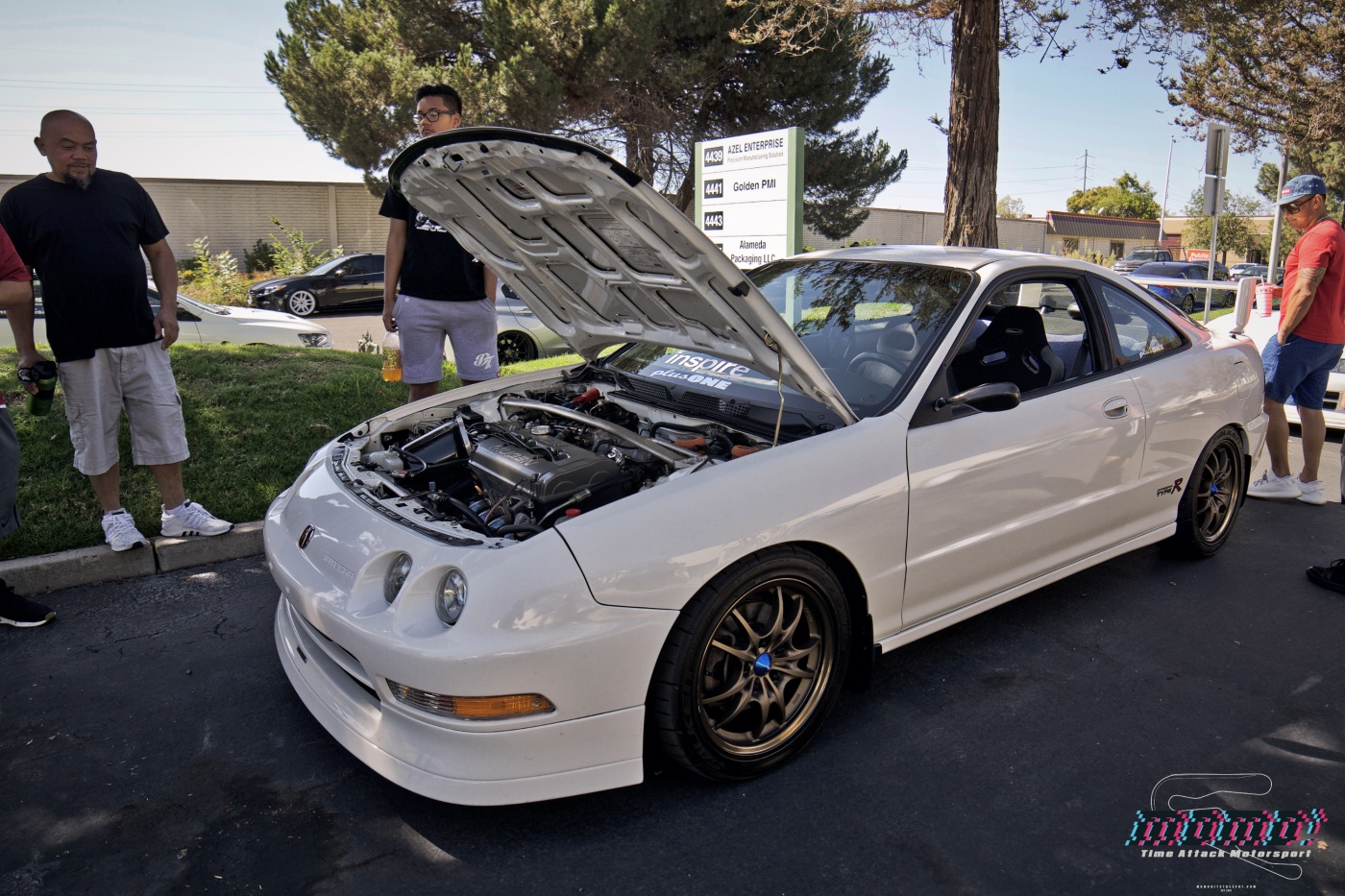 Sometimes going to local meets can have its rewards and surprises, which was the case at the Inspire USA 7 Year Anniversary. At first I only decided to check out the meet because I wanted to get some better photos of the Route KS Madonna NSX that was being stored at the Inspire USA facility. However, as I was just about finished with snapping photos of the NSX, two gorgeous Championship White DC2 Type Rs pulled up at the parking lot across from the shop, and I was suddenly ‘inspired‘ to keep shooting. Over the years, one thing that I noticed about ITR owners is that they’re a little different from other Honda owners, even the NSX and S2000 ones. They understand quality, authenticity, and prestige… and because they have this thought process, their cars are always meticulously modified with pretty much the highest quality standard. It was no different here with this pair of fantastic ITRs… 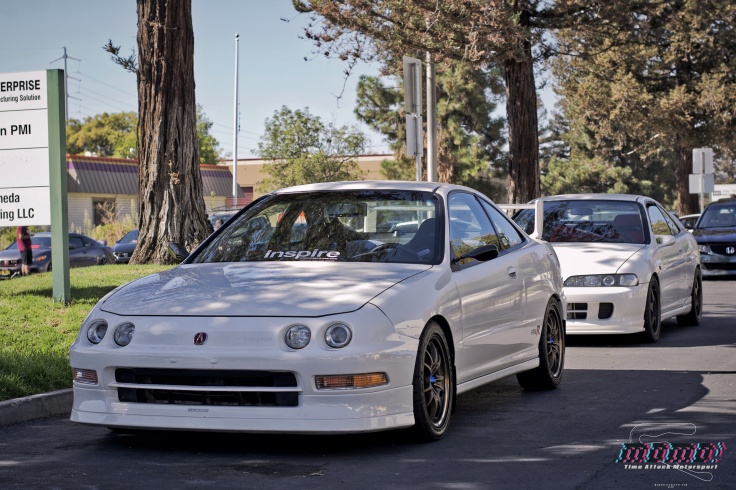 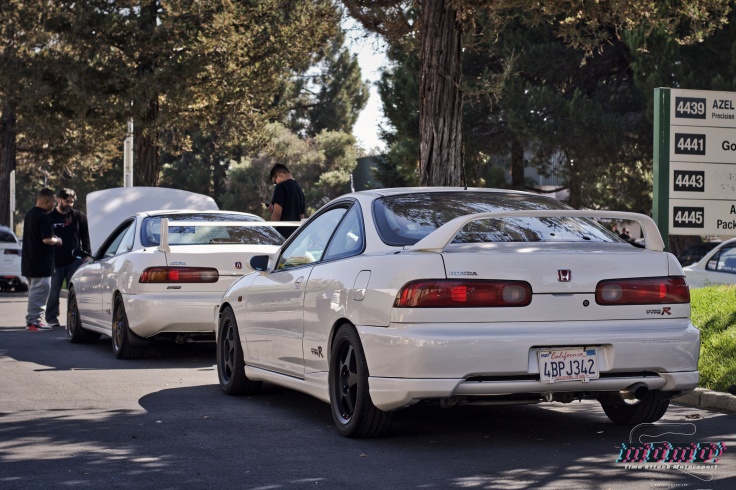 If seeing an Integra Type R on the street isn’t rare enough, seeing a pair of color-matched but different faced ITR together is probably a one in a million chance. 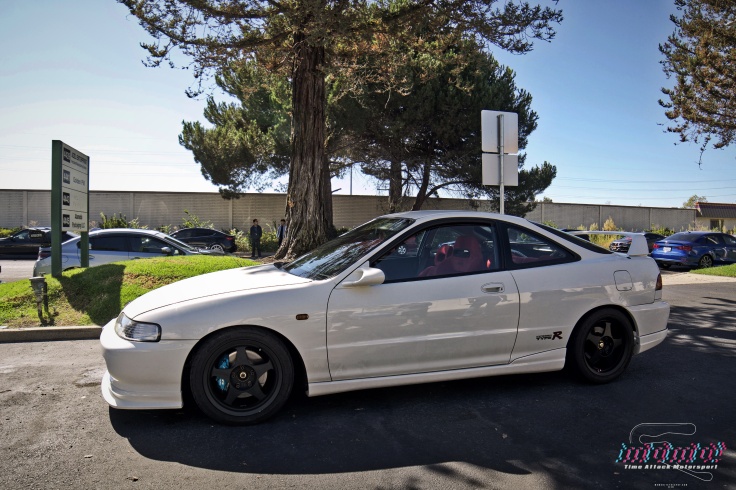 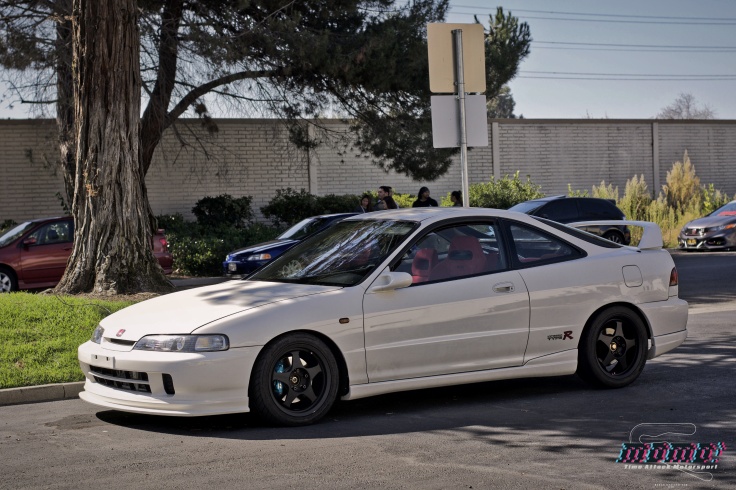 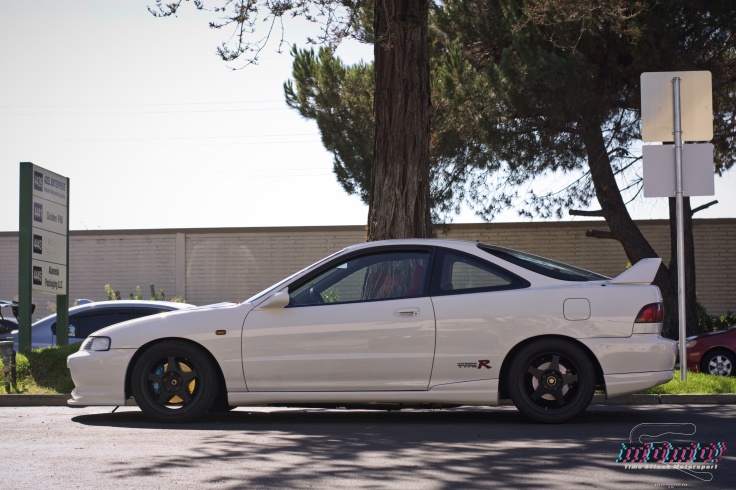 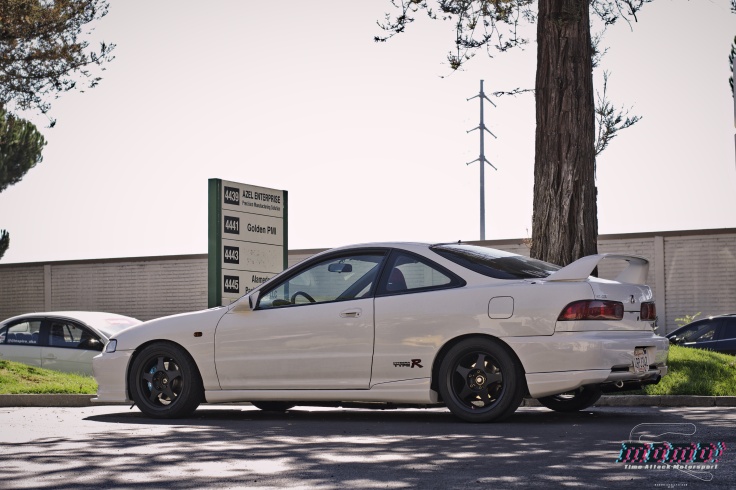 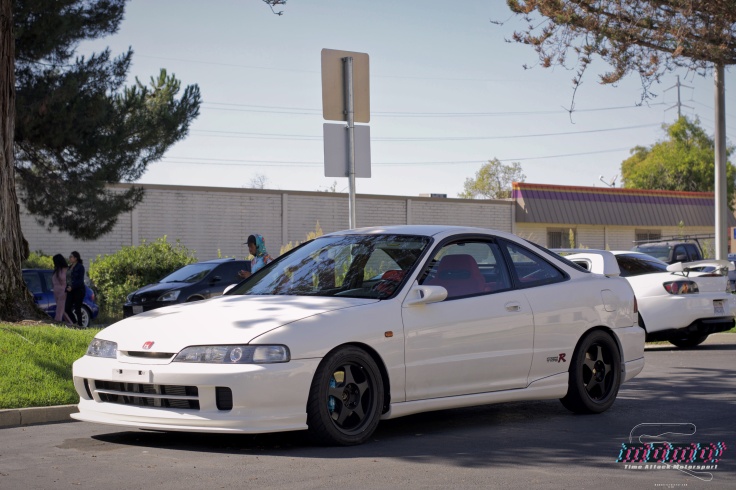 Not sure about you guys, but I definitely prefer the ITR with the JDM front end and this example looked absolutely pristine. Also, the Spoon Sports SW388 wheels with matching Spoon brake calipers gives this particular ITR a very ‘classic‘ look. 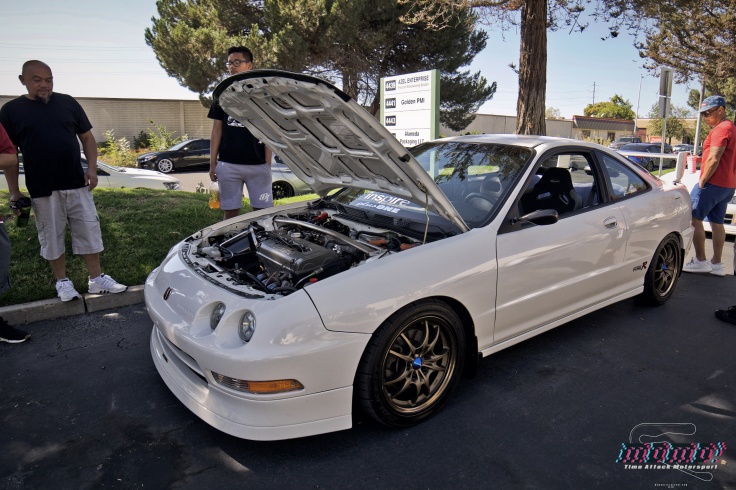 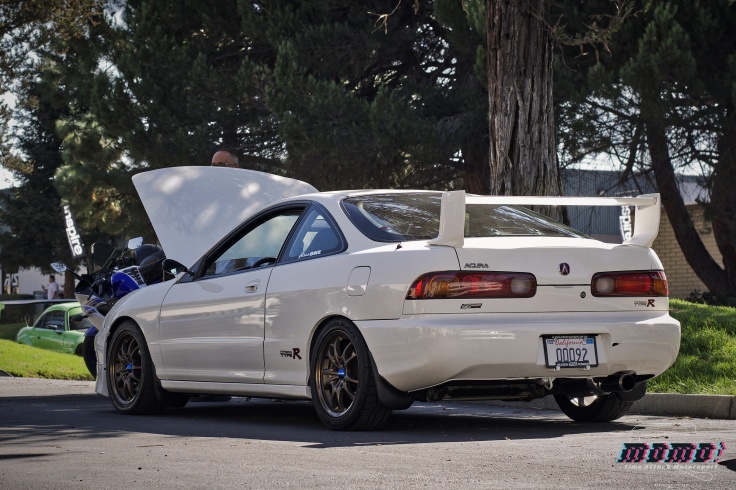 The USDM front ITR was clearly Mugen themed as you can see with Mugen pieces adorning nearly every aspect of the car, from the wheels, the front lip and rear spoiler, to the driver seat, and the immaculate engine bay….. everything Mugen! And that’s not a bad thing. 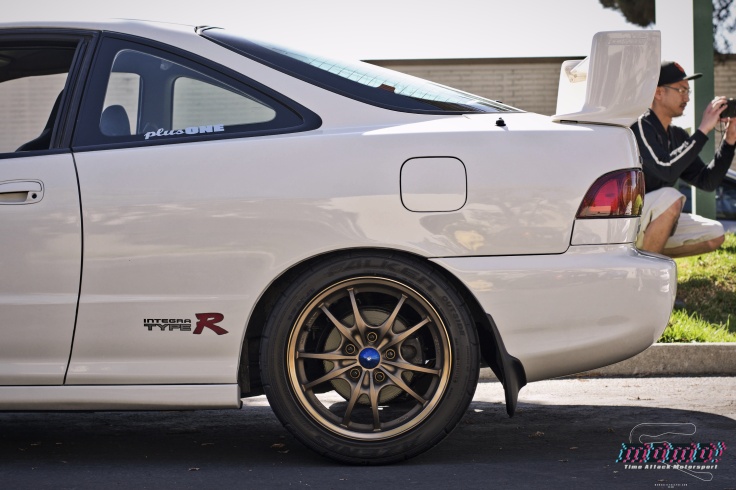 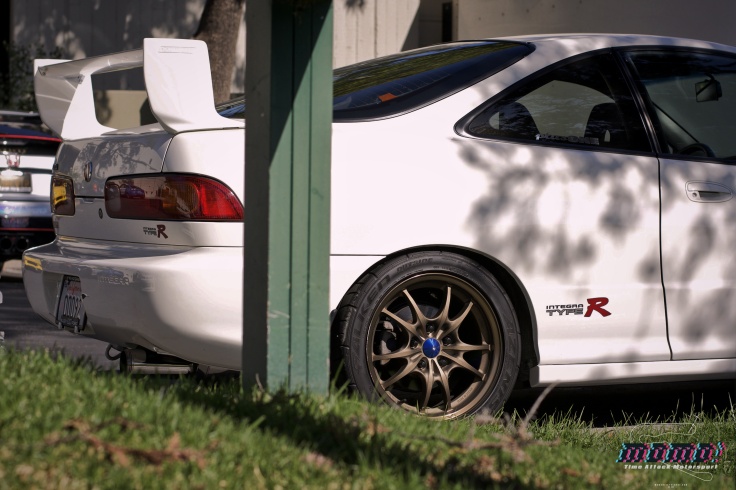 Anddddddd……. finishing this post off with a couple of closeups of the always gorgeous Mugen MF10s.

I hope you guys enjoyed this short but hopefully sweet set. I know some of the photos were a bit repetitive but I just loved these two cars a lot and it was an absolute pleasure shooting them! Until next time!