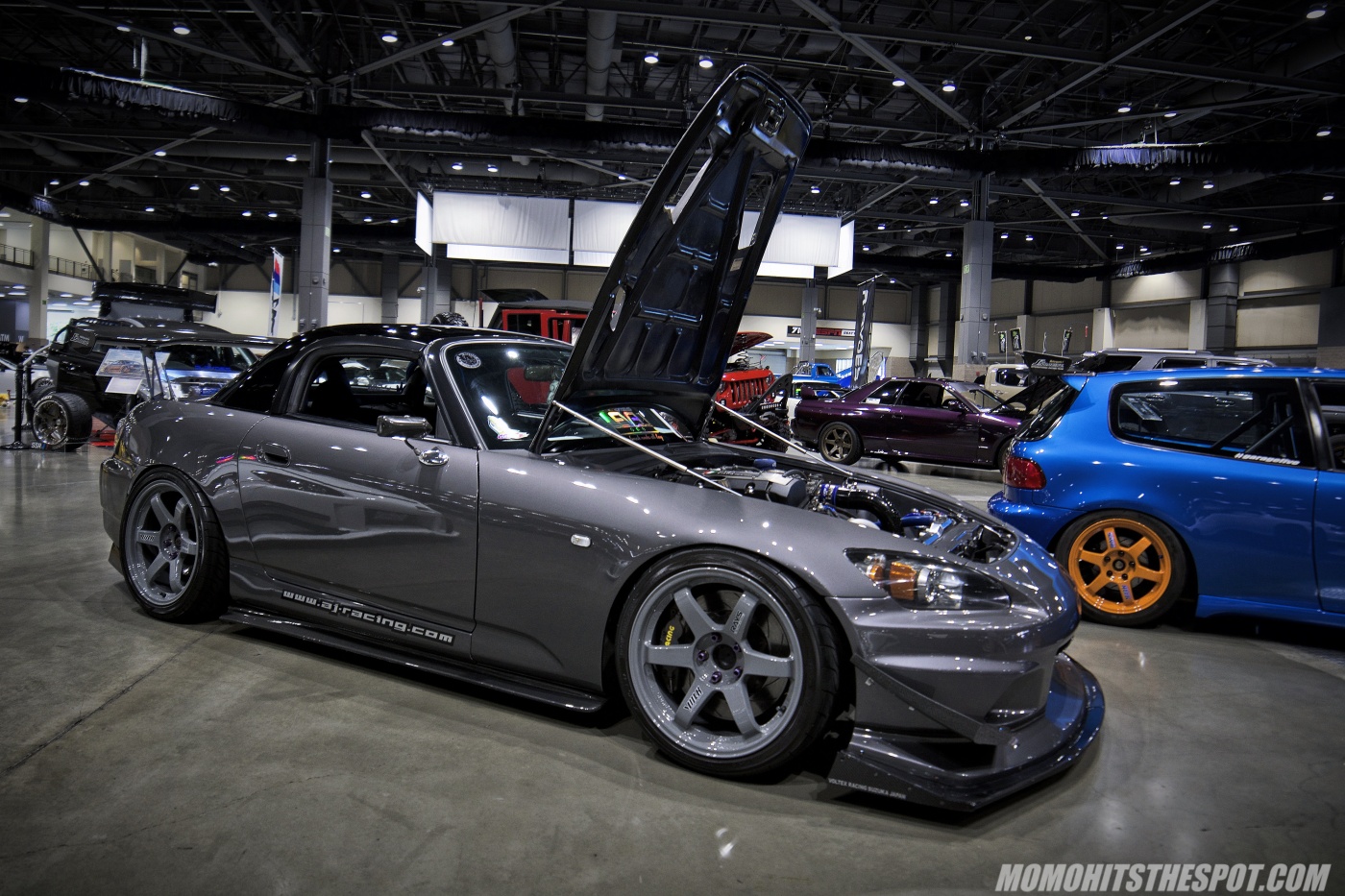 Have you ever followed someone’s build for so long that you literally know everything about their car? This is exactly how I feel about Jackie Law’s AP1 S2000, which I’ve followed for about a decade or so. It’s pretty amazing to see how dedicated someone can be with one specific platform and to be able to see that same car go through its evolution through the years is even more breathtaking.

I first started following Jackie’s build way back around 2006-2007 (ish), during the good old S2ki days… I remember the car started out as a Sebring Silver for awhile with a couple of facelifts here and there, such as a Powerhouse Amuse half lip and an ASM bumper. Also, during this period of 12 years or so, one of the most frequent changes the car went through were the wheel choices, which included the likes of some Mag Blue Volk Racing CE28, Hyper Blue TE37, and my personal favorite at the time, custom Pearl Yellow TE37. Of course, with a build of this length, naturally the parts list becomes quite lengthy as well, but the great thing about this build is that the parts are pretty much all authentic pieces… just how I like it! And now, 12 years later, the car has reached a plateau where many in the car community knows and appreciates this build, and I can also say that I’ve finally got a glimpse of this beauty in the flesh after all these years. 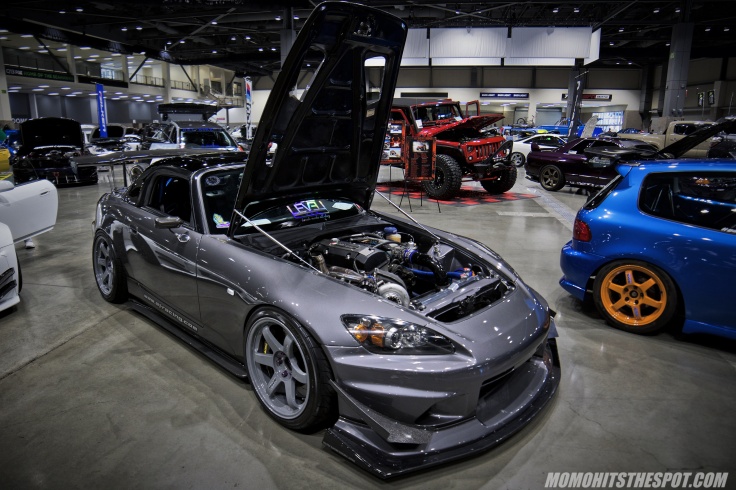 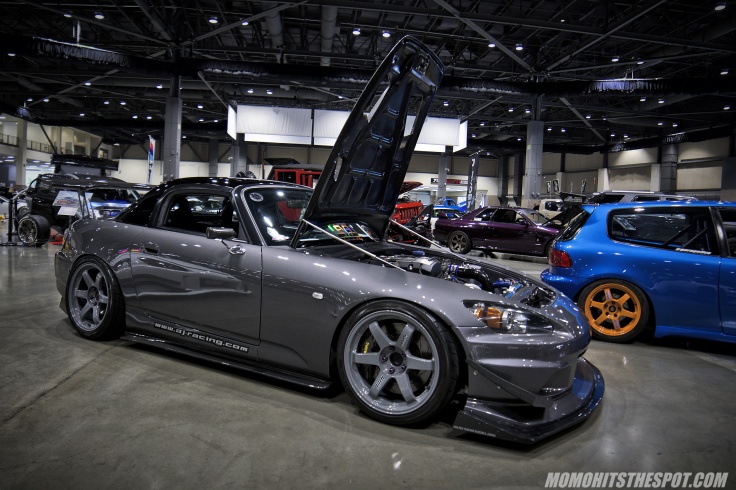 The car is now rocking a set of gorgeous Nardo Gray TE37 that nicely offsets the Moonrock body. Like I said earlier, I used to really like this car with the custom Pearl Yellow TEs but these Nardo Gray ones have undoubtedly grown on me quite a bit. Also, as you can see from the photos, an aggressive Voltex front bumper now graces the car. 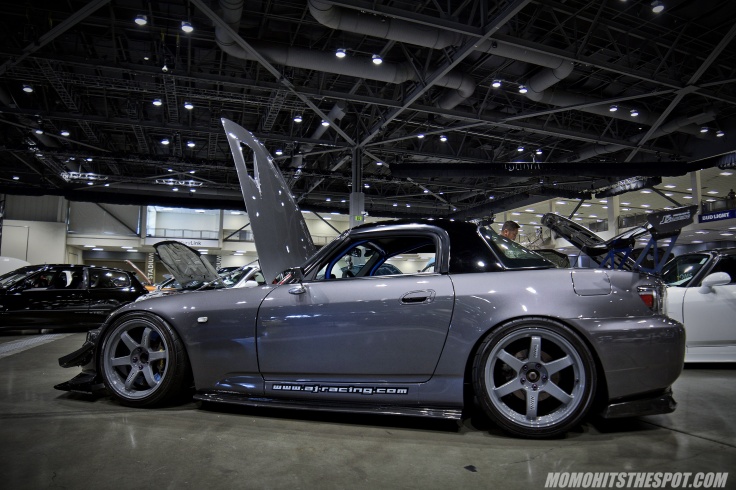 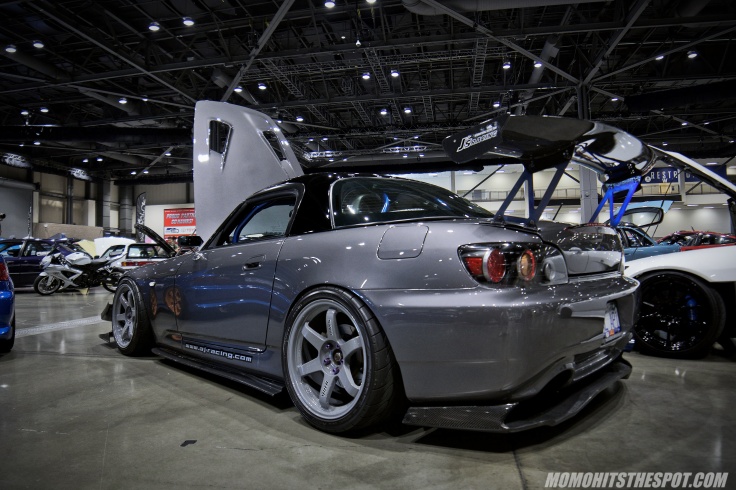 Some of these parts, like the J’s Racing GT wing, the Voltex rear diffuser, and the custom Spoon Sports hood have been on the car for years, but they still look well maintained and relevant.

The heart of this gorgeous build is a 400+ HP, Precision 6262 powered F22C with a wastegate tube dumping out the hood… 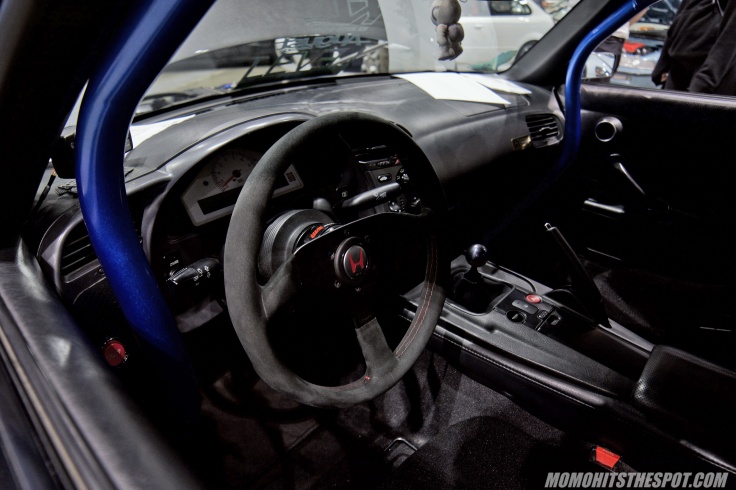 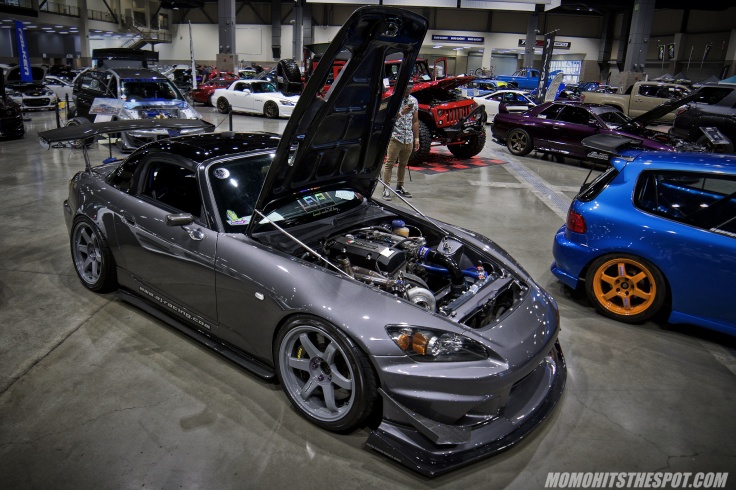 One more shot of the car as a whole… I did forget to mention that this car also received some AP2 facelifts like the rear bumper, tail lights and head lights as well as the interior center console, which would prompt many to mistaken this car as an AP2. But I can assure you that it’s an AP1…

And with that, I’ve concluded a post that I’ve wanted to write for the longest time… One thing that I do want to mention is that even though I’ve seen the car in person, I still haven’t met Jackie in person yet (LOL), but hopefully that can change in the near future with a proper shoot! Until then, hope you guys enjoyed these photos.