I’m pretty late to the party, but I’m finally getting the rest of the Attack 2019 coverage up on the site! This year was my third year attending the event but the aura and presence of Tsukuba Circuit still resonates strongly with me, in a good way of course. Every time I’m here, I feel like there’s not enough hours in the day for me to capture and take in everything that I see. There’s just so many great cars and so little time! It was no different this year as I was pretty much walking around and observing all the cars throughout the day with literally no breaks at all. Luckily though, my girlfriend came along with me on this trip and she was able to capture some photos for me (in her perspective) which I’ve been steadily posting on my INSTAGRAM if you guys wanna check them out. Otherwise, enjoy this relatively short post as we begin to dive into this event called Attack Tsukuba! 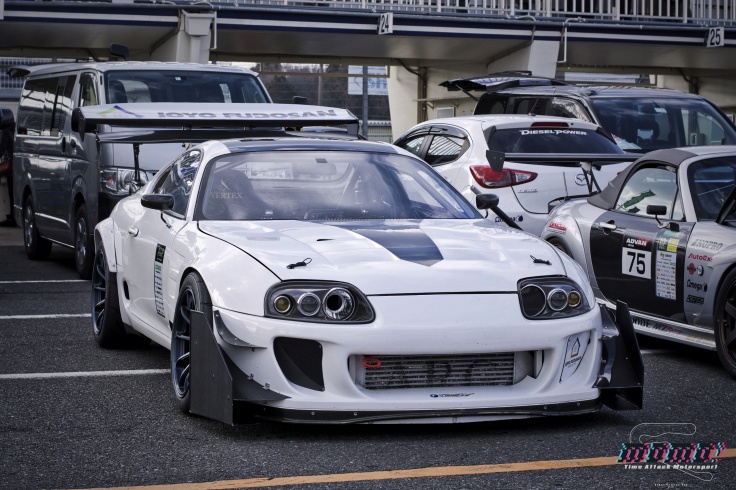 The “now”-famous Joyo Real Estate Supra sporting it’s iconic? double wing. I’m not really sure if iconic is the appropriate word to describe it, but double wing is definitely different! I’ll probably have a few more shots of this car in a later post.

The Canadian, Kenneth Lau, brought out his K24-powered DC2R for Attack Tsukuba. It managed a best time of 1’01.129… not bad at all! 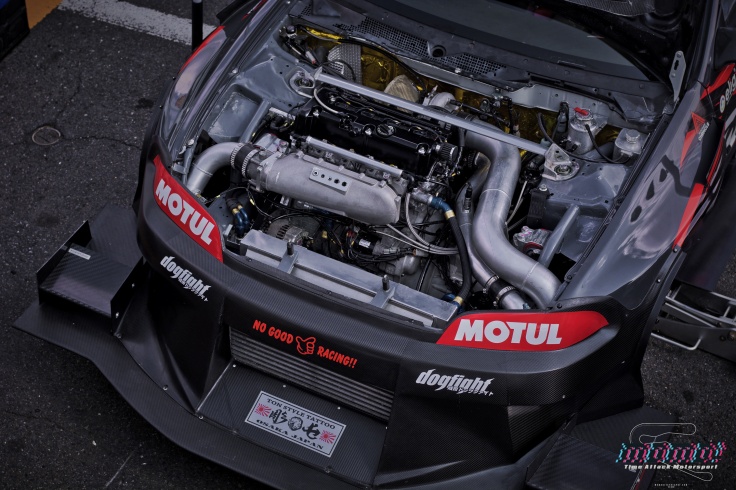 The JDMYard Honda Civic was another overseas contender this year with its sights set on perhaps resetting the FF track record. It did just that with a fastest lap time of 54.901… the only problem was that there was someone faster there that day. You guys probably know who it is but I’ll have more on that in a later post. 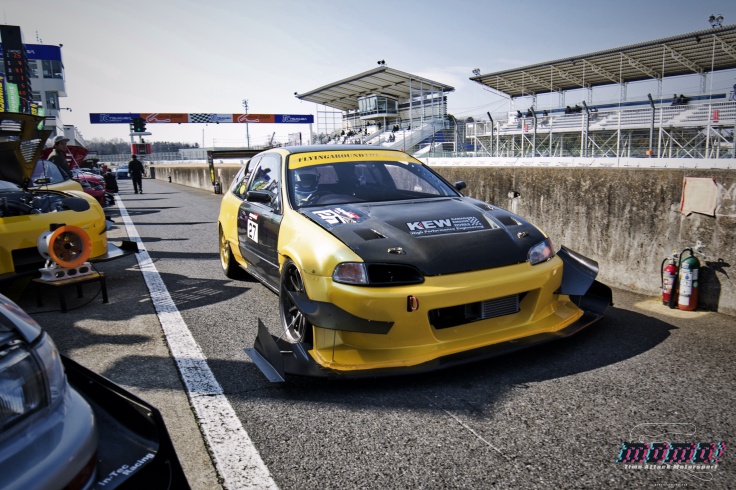 A few pit lane shots with the Yellow Factory EG, the Assist Kyoto M4, and the N-One Racing 380RS, respectively.

OuterPlus Lotus Exige getting ready to head out for a few laps.

The Garage Work EKs were MIA this year, but the radial class EG was present. It was not able to improve on its personal best this year but still managed a sub-minute lap time. 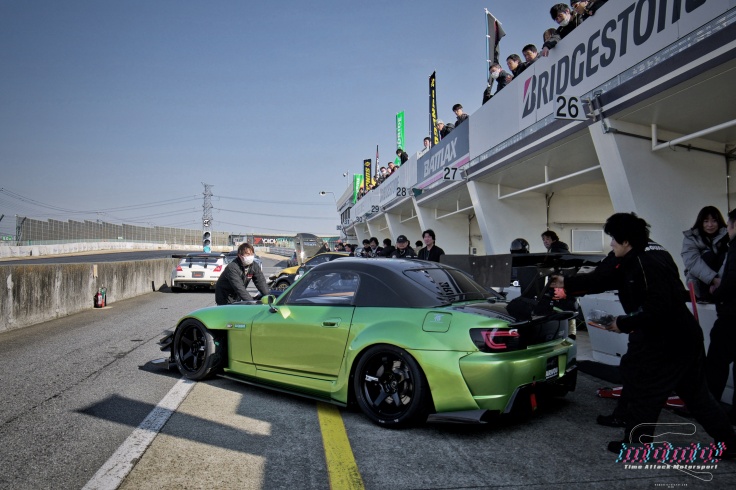 The NA S2000 battle was one of the most talked about topics during Attack Tsukuba with three of Japan’s fastest NA S2000 taking center stage. The Arvou TIT AP1 was one of them. And no, it’s not an AP2 despite some AP2 cues.

The famous Fura S2000 came out of retirement to try and take back the title of fastest NA S2000 but it just fell short. With the defeat, I hope we will continue to see it compete in the near future!

The always refined Carbon Junkie AE86 coming back in from a few hot laps. 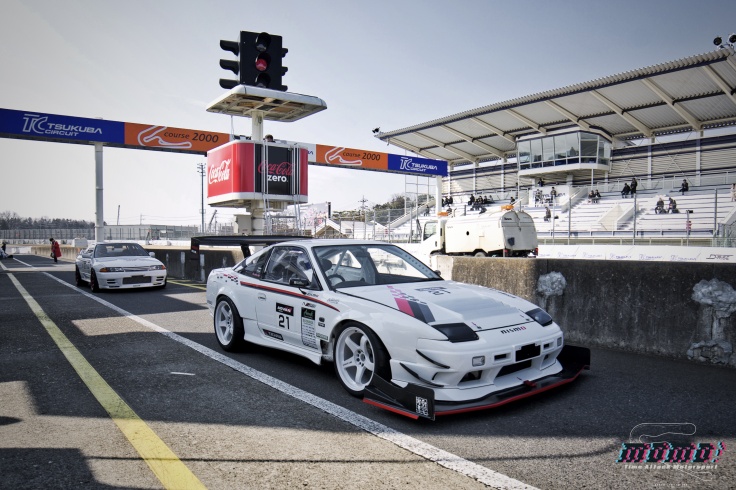 Never knew just how many people loved S-Chassis built for grip until I saw the overwhelming positive comments and likes on social media. This 180SX was the old Dreamworks machine now belonging to N-One Racing.

Caught a glimpse of a Nissan family outing at Tsukuba with the Rush Factory R34 leading the pack. I’ll have more on the R34 later on as it was one of my favorite cars at the event. 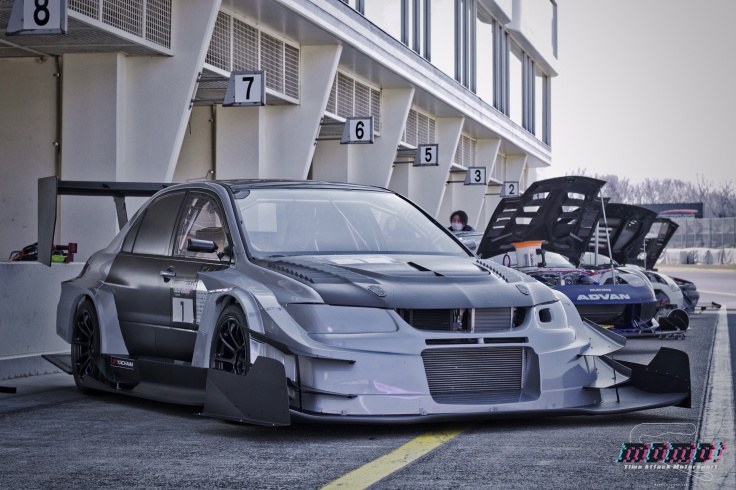 The unmistakable Garage G-Force Evo 9 has such a menacing presence and allure. Personally, I like this car over the Escort Evo, but its definitely proven to be not as fast.

Is there such thing as too much downforce? Actually….. scratch that, this car found out the hard way last year at Fuji Speedway. 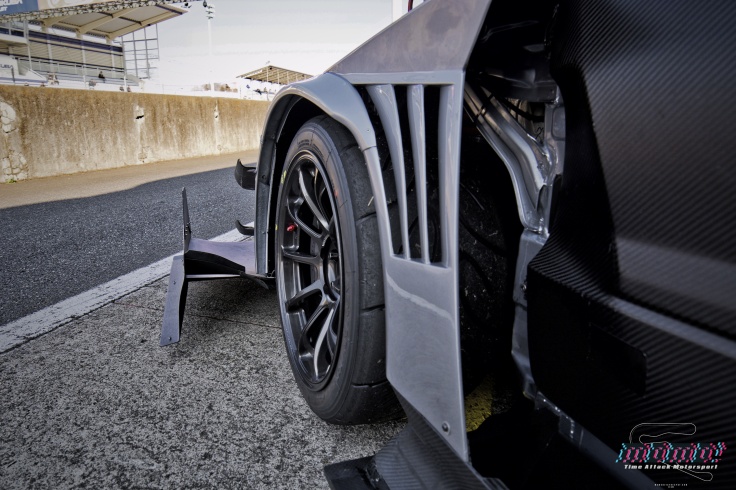 A closer look at the aerodynamics of one of the fastest time attack cars ever. 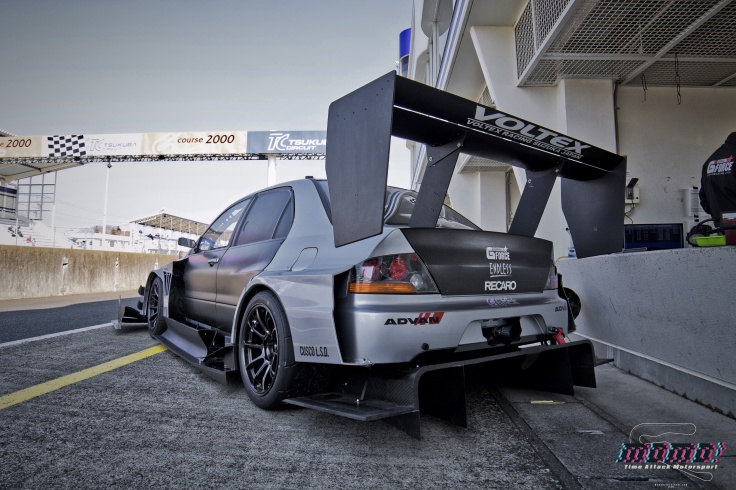 If the carbon doors were paint matched, I’d say this car is perfection…

A couple more frontal shots to round out this post!

As always, I hope you guys enjoyed the photos so far, I have A LOT more to come so be sure to check back here soon!