In the past year and a half or so, I’ve been making a checklist of car shops that I wanted to visit in Japan for every trip that I made there. Some are more well known than others but each have their unique sense of originality and aura. I’ve said in the past that I prefer the smaller shops because I felt that they have more character and uniqueness to them but on my last trip to Japan I had one shop on the list that is as well known as any other shop in the world of automotive tuning. Of course, I’m talking about non other than the Mazda powerhouse, RE Amemiya.

Located in the northern part of Chiba Prefecture near Narita Airport, it took me awhile to get to RE Amemiya as I was taking public transportation but luckily, the trek there is fairly simple as the JR Expressway Bus pretty much drops you off right on the doorstep of RE HQ. Of course, this was after an hour and a half on the bus and a short wait at Tokyo Station, but it was all worth it to visit the holy grail of Mazda (rotary) tuning. 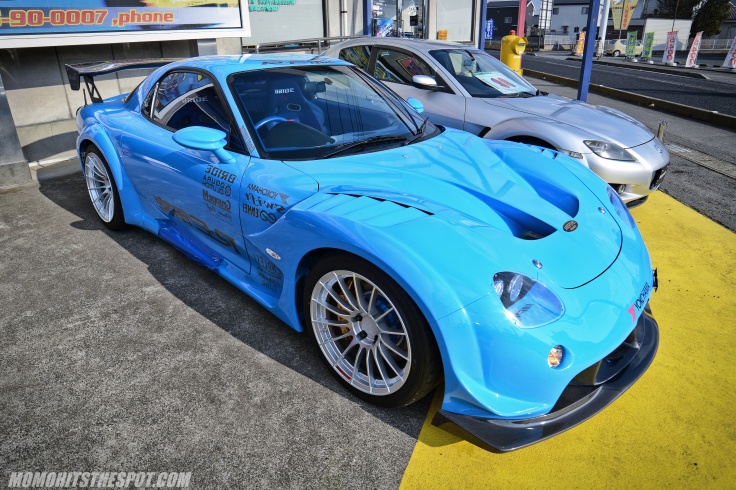 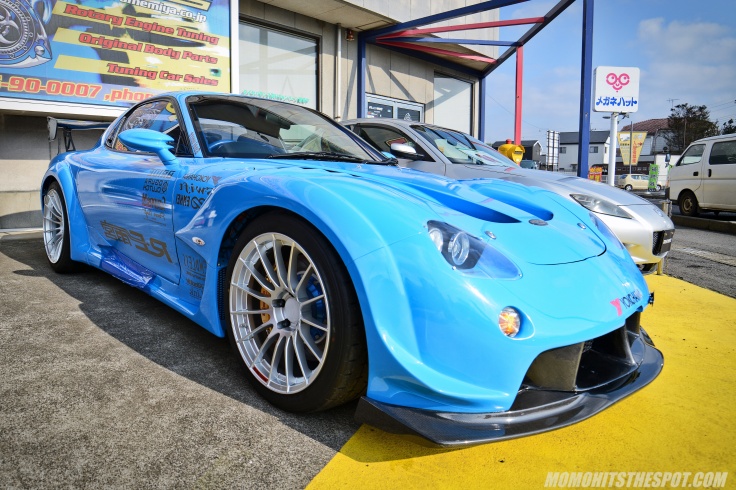 The first car that caught my eyes as I approached the shop was their brand new demo car called the X-Response 7 which sported yet another new aero package that looked a bit like the Super Greddy 3 kit. 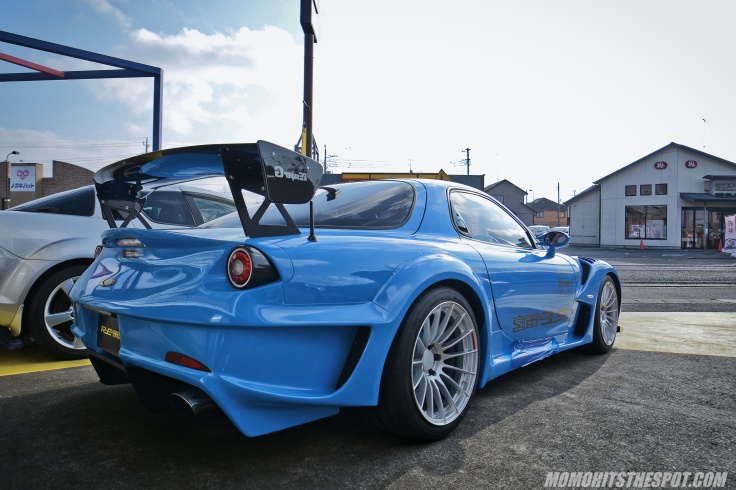 It’s quite amazing actually that RE Amemiya continues to create new products for a car that has ceased production well over a decade ago and each kit has its own refined features to it… simply amazing! 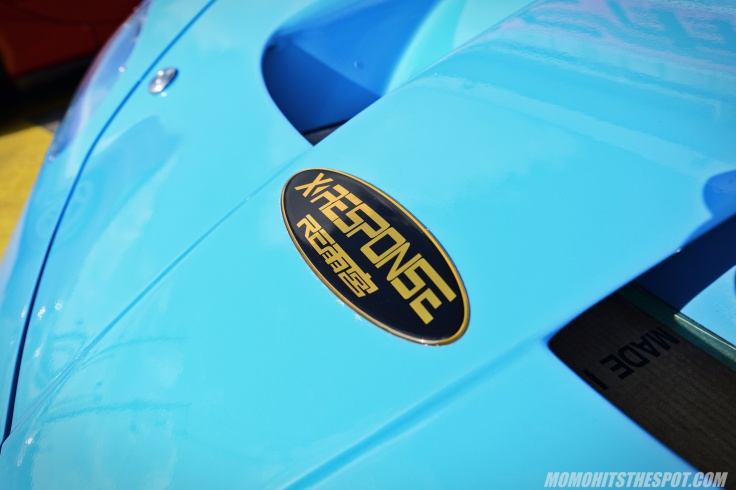 Moving inside the shop, there was your typical waiting area, and the 2016 Tokyo Auto Salon demo, the naturally aspirated 13B-powered Super Chantez.

A few closeups of the rare and gorgeous demo. This was definitely one of the most unique cars that Isami Amemiya has created over the years and it was refreshing to see it still around at the shop. 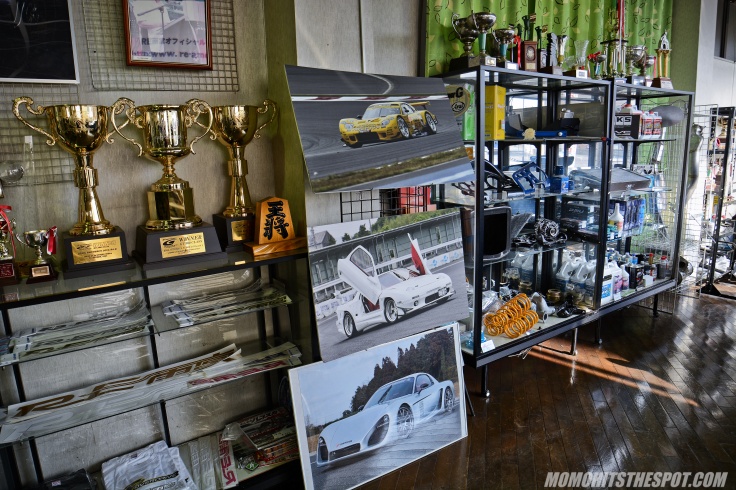 A few more shots of the office space and waiting area that is adorn with numerous plaques and trophies that RE Amemiya has collected during its illustrious years in tuning and motorsports. You can bet that there will be more hardware added to this collection in the coming years.

Moving back outside the shop, there were a few customer cars being attended to during my visit, one of them was this RX8. 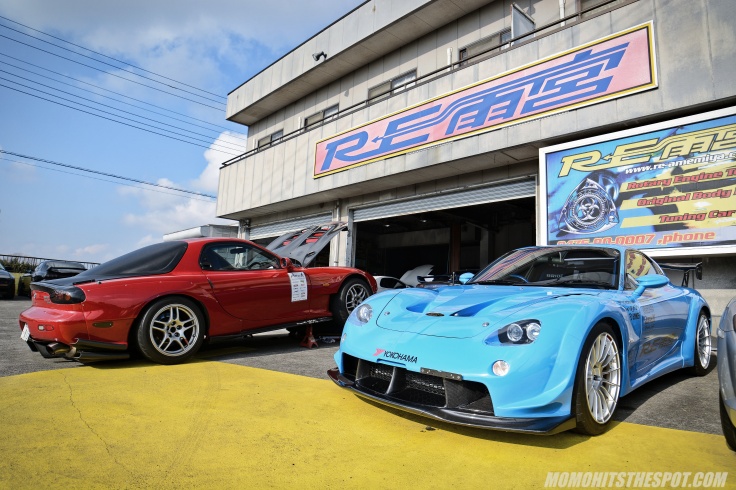 Hiroyuki Watanabe and his red RX7 was also there getting a tune-up prior to Attack Maximum Challenge at Tsukuba the following day. You can check out more of his car and other RX7s in the Attack Tsukuba Coverage. 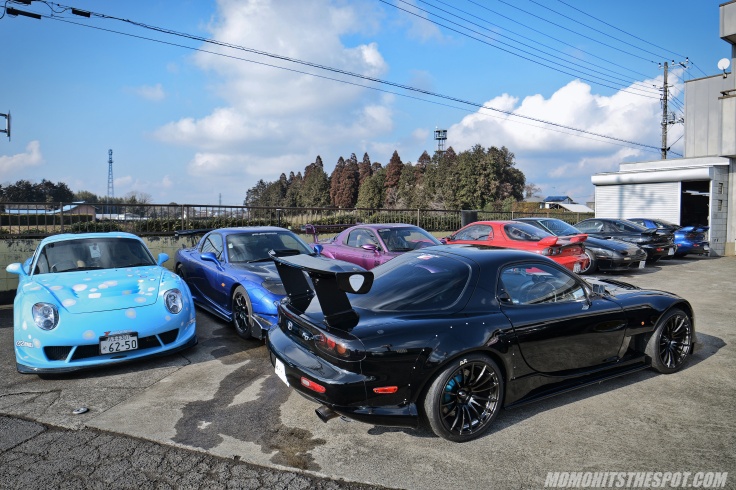 Customer cars and shop cars were littered throughout the lot, all Mazdas of course. 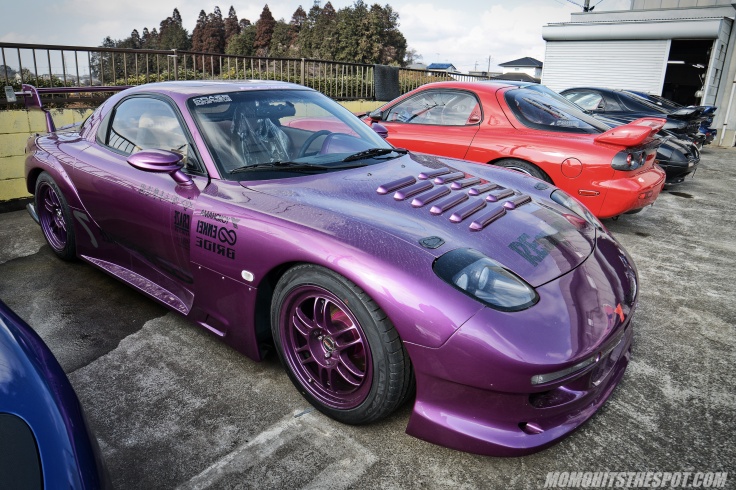 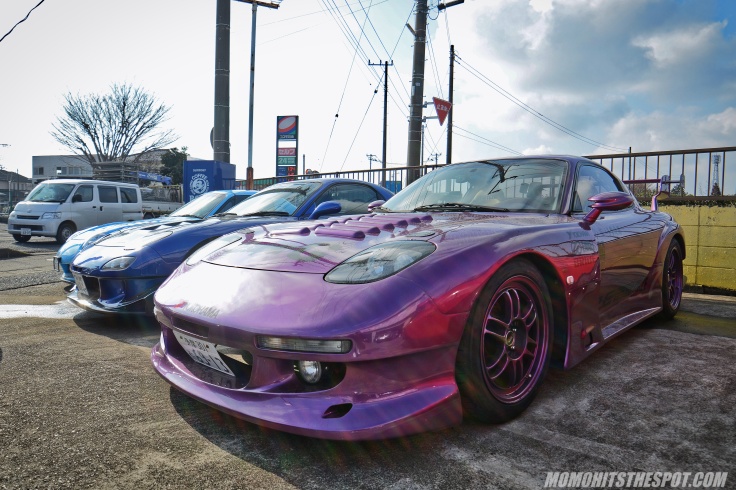 Black on black is a good look on this FD. 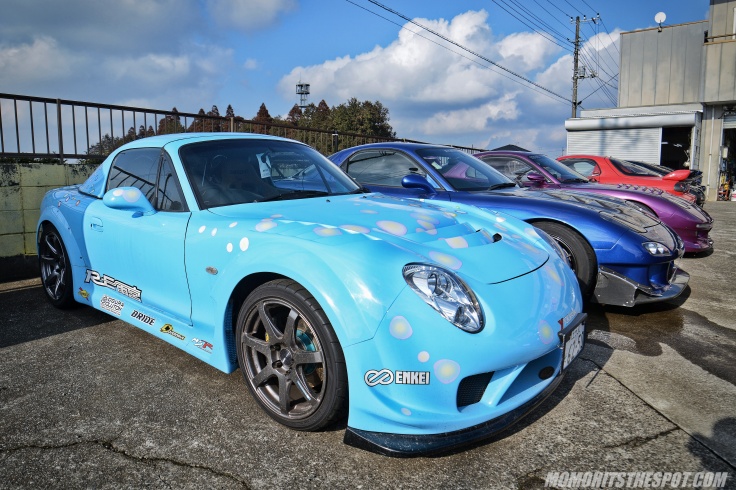 One last shot before I made my trek back to Tokyo…

So, there you have it. I hope you guys enjoyed the photos I got from RE Amemiya as I didn’t go into too much details because I thought I’d just let the photos do the talking. I do want to say that I’d encourage any diehard Japanese tuning fans to make their way out to shops like RE Amemiya in their visits to Japan because you can learn a lot from these visits even if you don’t speak Japanese. And what’s better than to check out some good old Japanese automotive porn!? Stay tuned for my next post as I go visit a lesser known, yet just-as-sweet tuning house.

2 thoughts on “MoMo Goes To RE 雨宮”