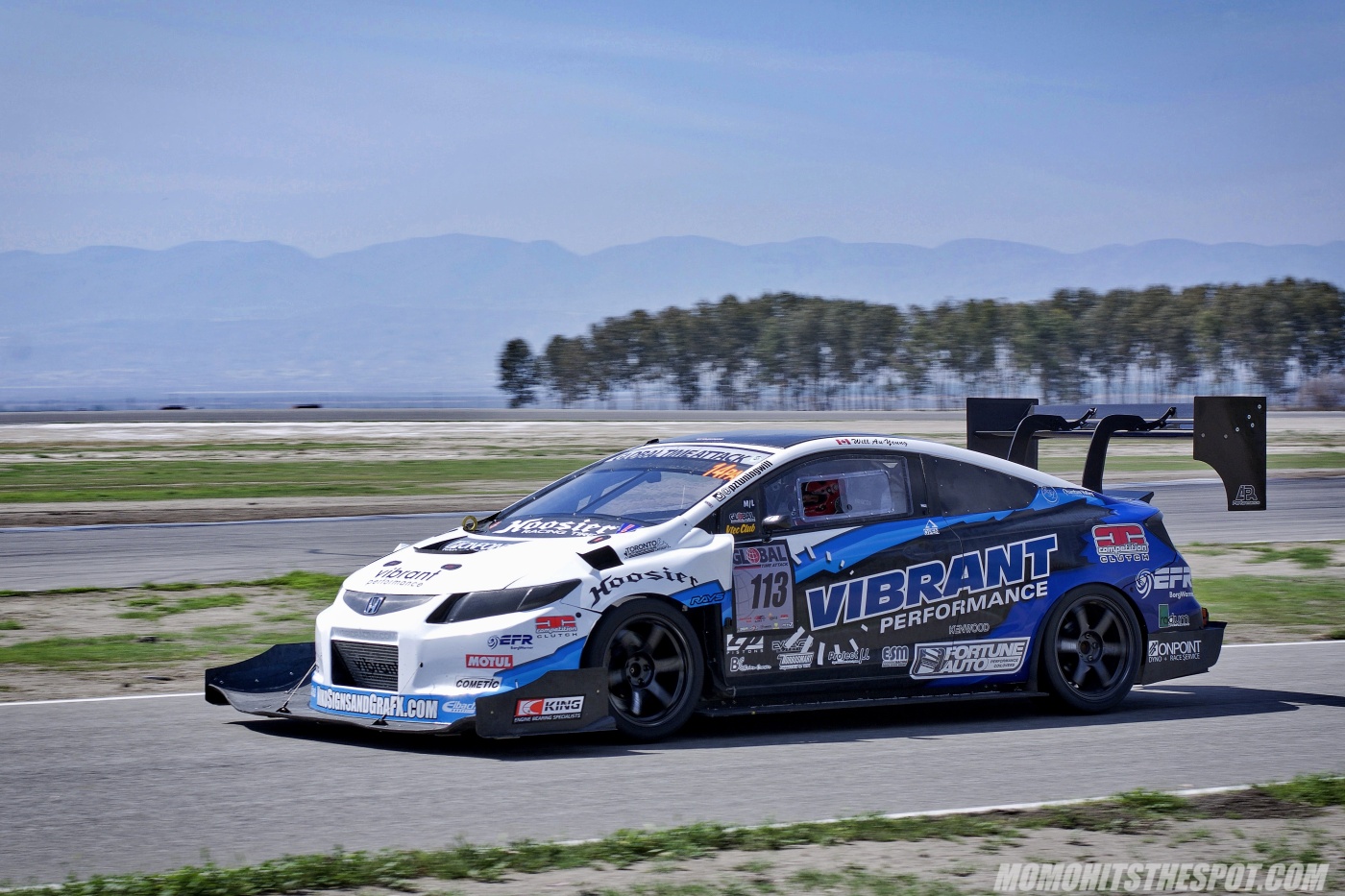 I gotta be honest, it’s been a long while since I’ve been excited to attend a North American time attack event, but there were a few cars that I was pretty eager to see compete at Buttonwillow for the GTA season opener. One of these was the Vibrant Performance, or PZ Tuning Honda Civic, or however you want to call it… I’ve seen both terms thrown around but I like to use the Vibrant Performance term. Anyways, it was a pleasure to see the Civic competing again, the last time I saw the car was during World Time Attack Challenge in Sydney last October where it had a heated competition with the 101 Motorsport “Mighty Mouse” CRX. For the 2018 attack season, I’ve heard their K24 power plant got a power boost and numbers are up to an incredible 800HP. On the aero department side, the Civic got a subtle facelift thanks to a new front bumper, but as we all know subtle can net huge gains in the world of racing. With these subtle changes came lap records… and boy did the mighty Civic put on a show! I actually left the venue after they broke the overall record with a 1:38.755 right before lunch time but they went on to set an even faster time with a final run of 1:37.308, dismissing the GST Motorsports record by more than a second. Did I mention this was all done by a 2012 Honda Civic… a FWD platform. Simply crazy… 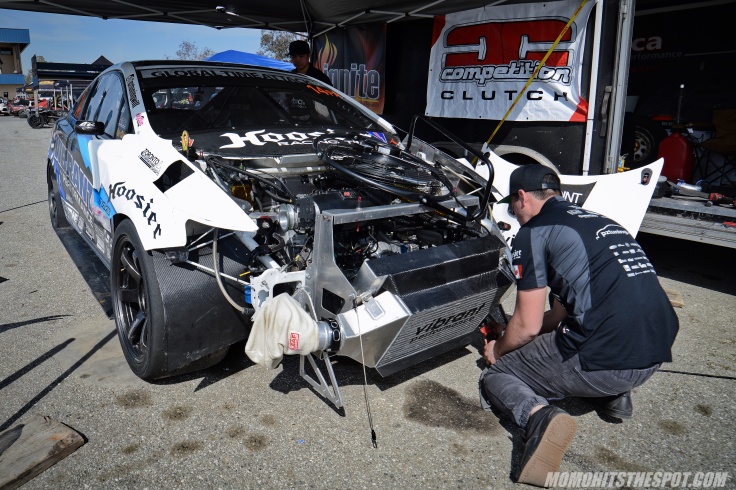 The two-man team was hard at work all day long making adjustments after each run. 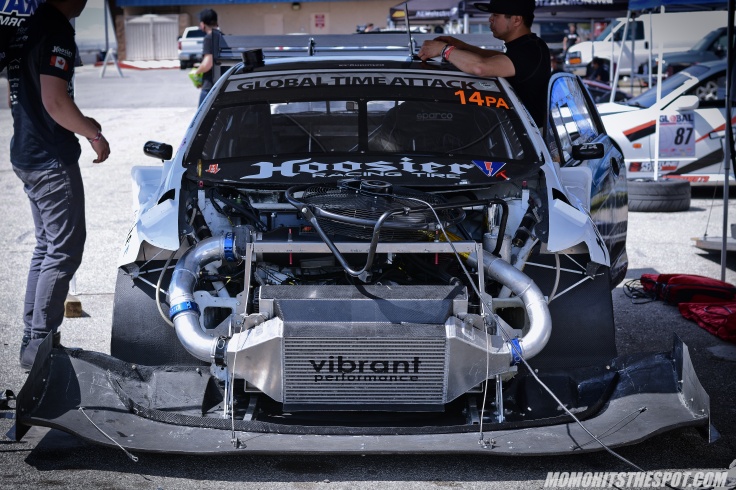 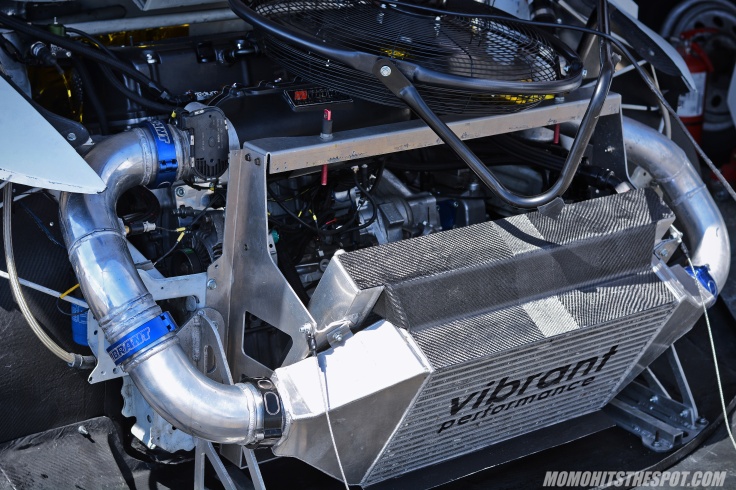 Some close up of the front end and engine bay. The giant carbon splitter was solid as a rock; I know because I stood on it and it didn’t budge one bit. Just kidding by the way…

Lightweight components in carbon fiber and titanium are present on the entire car, just how a true time attack contender should be. 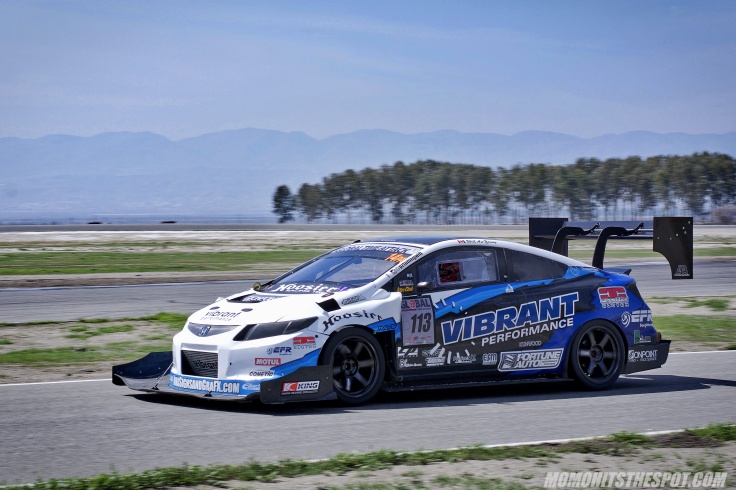 Unfortunately I didn’t get any on-track action since I didn’t have a telephoto lens with me but hope you guys enjoyed the shots that I do have. I’ll also put some of the other GTA Rd.1 shots I have on the next post, so stay tuned for those!

Exchanging secrets to being fast??? 👀👀👀
The Dragon Racing FD always looking splendid with the TCP/RE Amemiya mixture 💥🏁
The 700 HP Joyo Fudosan “Real Estate” Supra; a 55 second TC2000 machine 🏁
T-Ones 🧡🖤
Would you spend $100K+ for a M2 CS Racing? It’s got significantly less power than a CS but better power to weight ratio with a plethora of “Racing” upgrades 🤔
RWB haters and Porsche purists look away! 🙃