I think one of the most unique trait as human beings is our desire to always be better than others, our competitive drive if you will, our aspirations to be a winner… This notion of winning is seemingly hardwired into our system at a young age and it’s the driving force in our quest to be smarter, stronger, and faster. However, to accomplish these feats is easier said than done because you gotta be dedicated and passionate in your pursuit. In the world of time attack, passion and dedication are definite requirements because there’s so much trials and tribulations associated with the sport, but the end results, the personal bests, the podium finishes… makes it all worthwhile. For someone that’s been covering time attack events, it always brings me great pleasure to see drivers accomplish their goals and push their cars to the very limit of its capabilities. One of these cars, and perhaps one of the most famous time attack machine in recent years is Fire Ando’s Escort Evolution. I had previously made a post on Ando’s Evo last year here already, but there’s never too much of a good thing; and the fact that he joined the exclusive 50 Second Club at Tsukuba this year makes this post ever more obligatory.

The aero package on the car remained nearly the same as the previous year with a few minor tweaks such as the front bumper.

It actually took me a little while to warm up to this exterior, but I think I like it more and more these days… although I’m still on the fence about that rear wing. 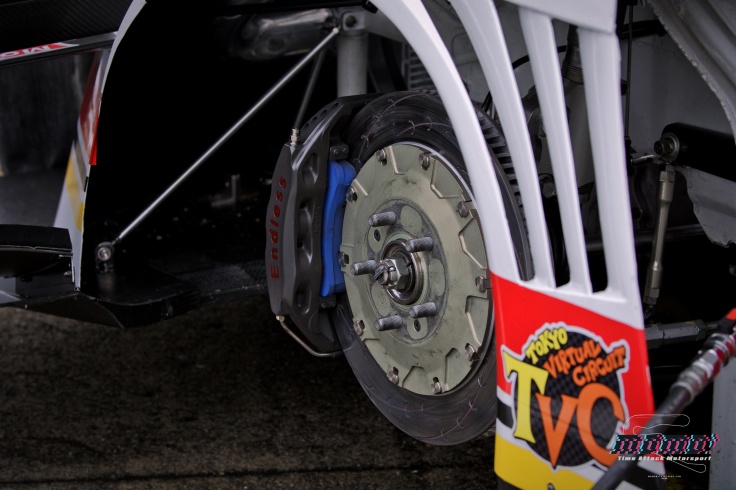 The Evo had switched over to Hoosier H7 this year and that was the tire used to set its fastest lap time to date. A 50.739.

A closer look at the more streamlined front end and its gargantuan carbon splitter… actually, I don’t even know if that’s considered a “splitter.”

Is it even a proper time attack post without hovercraft photos?

My first photo of the Evo in action; the car looks damn good in its element. 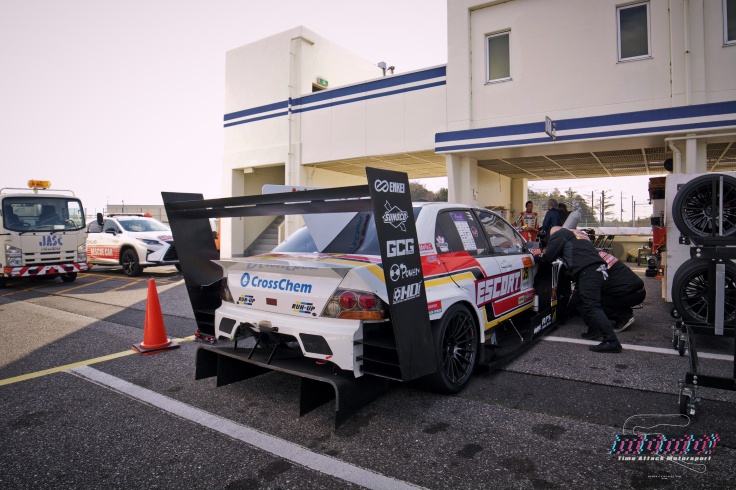 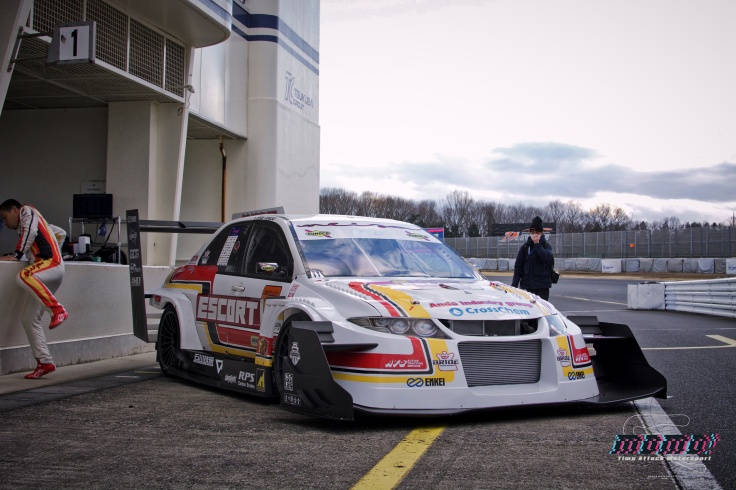 Caught Ando doing some ninja moves in the pits lol.

That’s about it for now, the next post will be a bit longer as I dive into the bulk of the Attack Tsukuba coverage, so be sure to check back for more photos!