First off, for those reading in the United States, I hope you guys had a fantastic Thanksgiving with friends and family. I myself is still full from my dinner earlier and in desperate need of a long nap, but I had these photos edited a couple days ago, so I decided I should throw them up here before the weekend comes. This post here is a continuation of the few cars that I wanted to showcase from Super Lap Battle, so here is another favorite of mine, the Jager Racing/YimiSport STi.

Going hoodless seems to be the thing here… 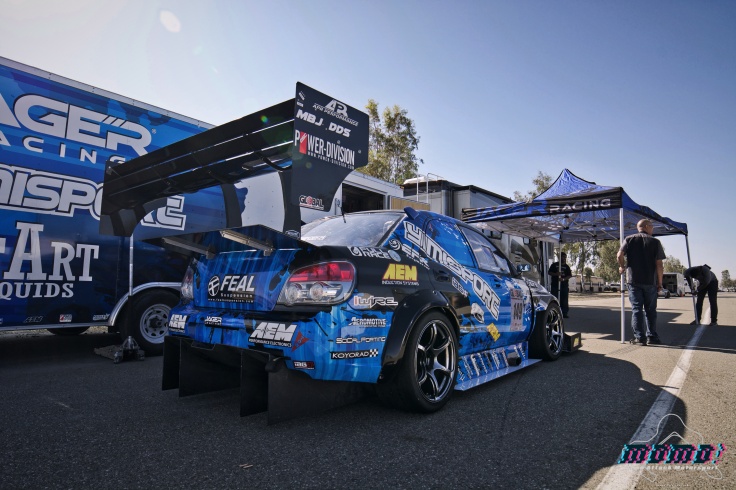 Exterior wise, the car seems relatively unchanged from it’s previous outings dating back to last year or so. I guess you don’t really have to change something that works well.

Fast cars usually means sticky situation, and by that I mean 295 Hoosiers wrapped around Advan RGIII wheels type of sticky. 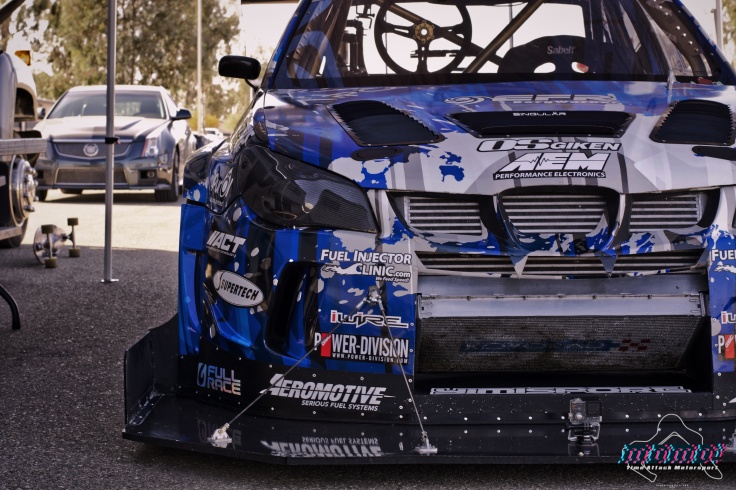 On the frontend of things is a semi-hacked up Zerosports front bumper and splitter combination that works with the other aerodynamic pieces to keep the car as stable as possible around the track. 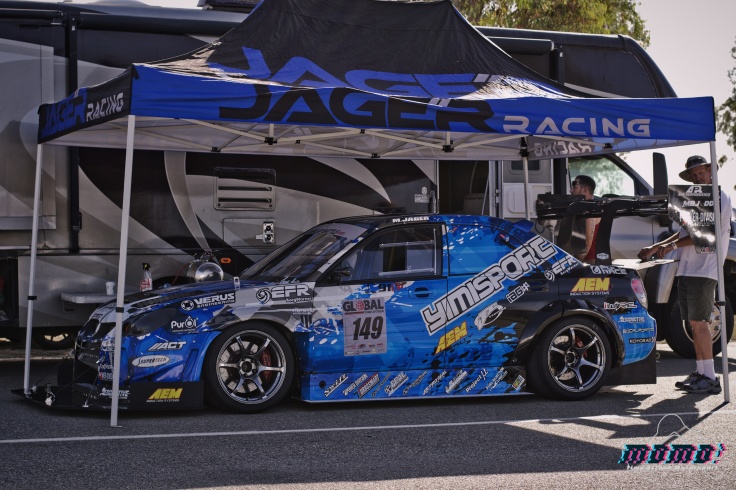 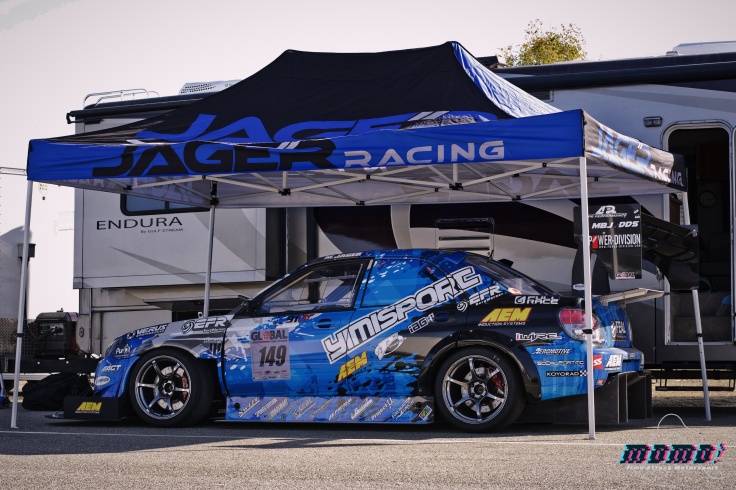 Caught the car in the shade in the late afternoon.

Pretty much all serious time attack cars are going digital now, and the Jager STi is no different with this AEM unit.

So, as great as the Jager Racing/YimiSport STi is, the car suffered an unfortunate engine failure which sidelined the car early and resulted in their first DNF. But….. knowing this team, I’m sure they’ll be back stronger than ever for next season and perhaps get their chance to give that Civic a run for their money.