As we zoom pass the halfway mark of my WTAC 2017 coverage, I hope you guys have enjoyed the photos so far but there’s still plenty left in store. For this portion of my coverage, I’m taking you guys back on the pit lanes for more action on the front straight. 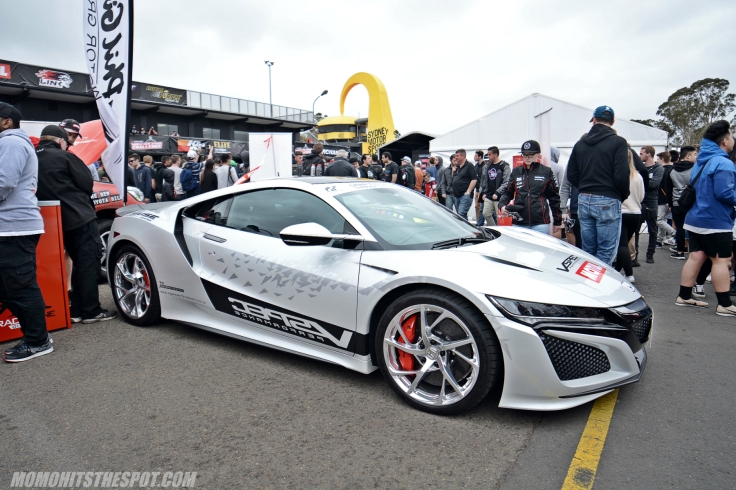 Before we head back on pit lanes, here’s a random shot of the V Spec Performance NSX that I took in the afternoon and also a bird’s eye view of the Harrop Performance Exige S.

Team work makes the dream work as the RE Amemiya RX7 is pushed back in the pits. 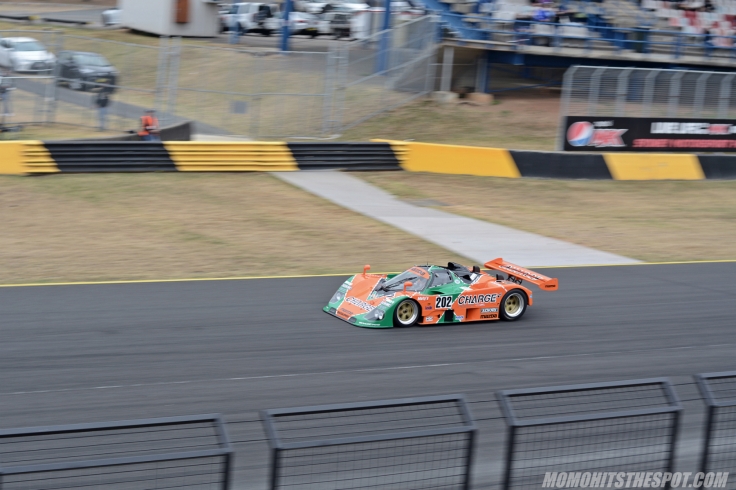 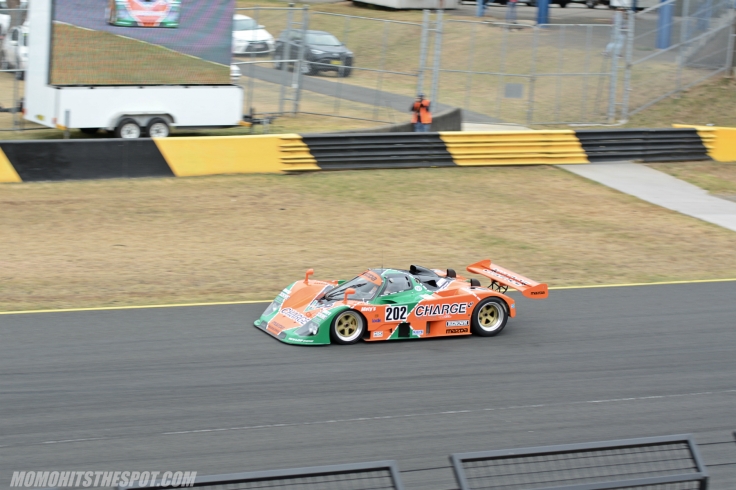 The legendary 767B looks so good on the track, I had to look at it perform again the second day.

Ahhh, finally caught the Drift King behind the wheel of his brilliant AE86.

As the legends retreated back to their respective pits, it’s time to get back to the real action of the weekend…

Under Suzuki pulling out the Scorch Racing S15 for some mid-afternoon runs.

The Scorch S15 is probably the most aesthetically pleasing car of Pro Class… in my opinion anyways.

My other Pro Class favorite, the Fire Ando piloted Escort/VivaC Evo heads out for its runs. 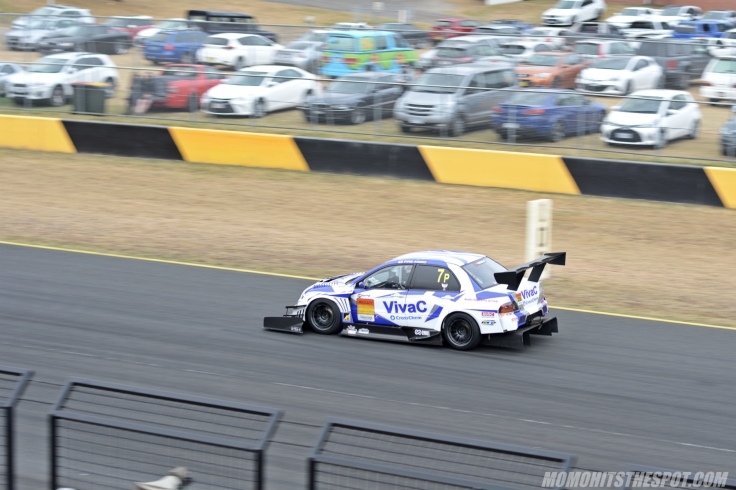 I wish the car was left all white because it’s so photogenic. 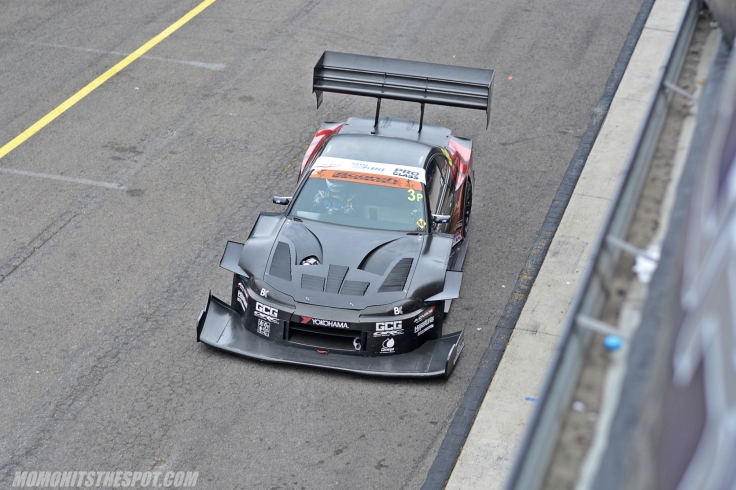 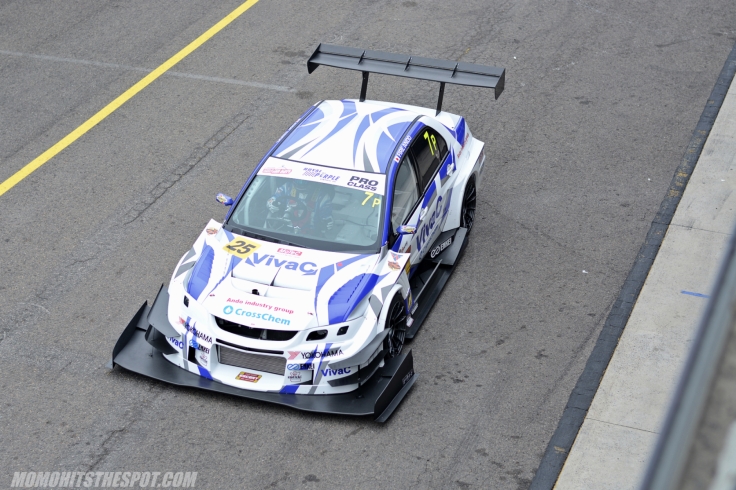 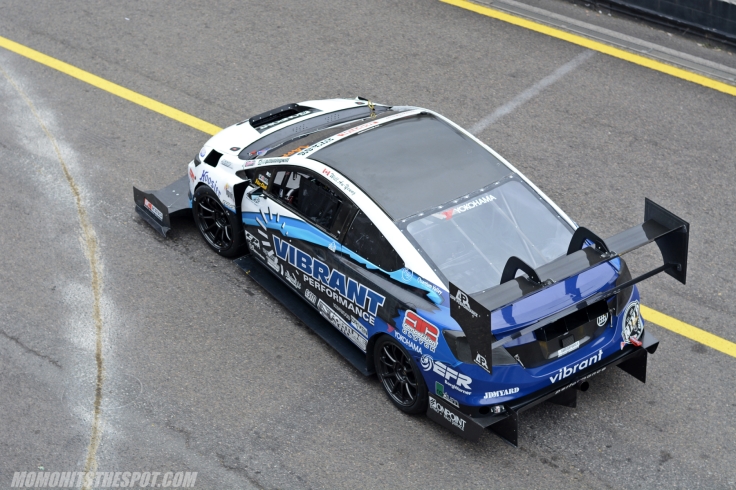 The Scorch Silvia and Escort/VivaC Evo pulls back in the pits as the Vibrant Performance Civic Si pulls out for the Pro Am Class session. 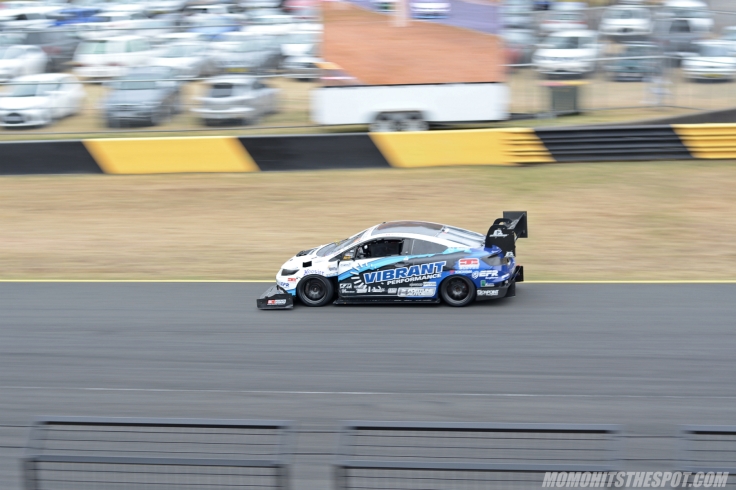 The Canadian car looks amazing on the track. 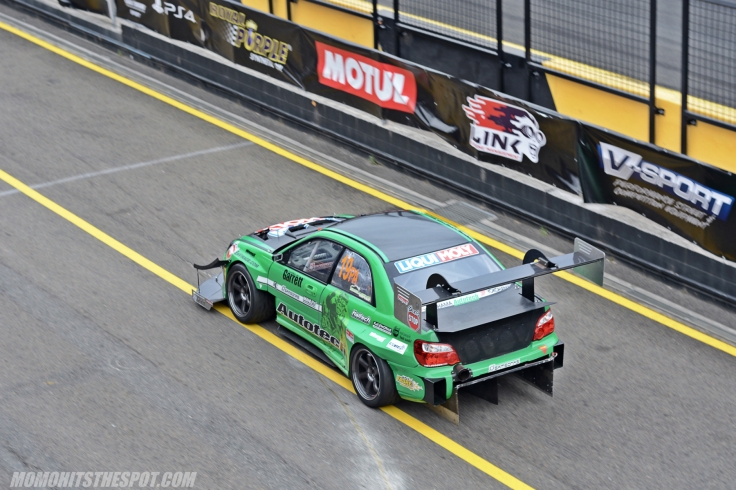 The Autotech STi finished 4th place in Pro Am amidst heavy competition.

These two had a friendly roll race on the front straight during their afternoon session….. I might have the video somewhere… 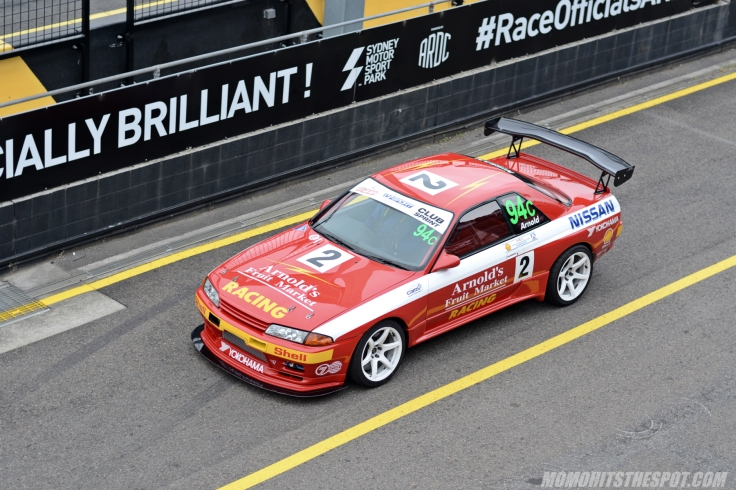 Arnold’s Fruit Market is a funny team name but they mean serious business with their two GTRs in the Clubsprint Class. 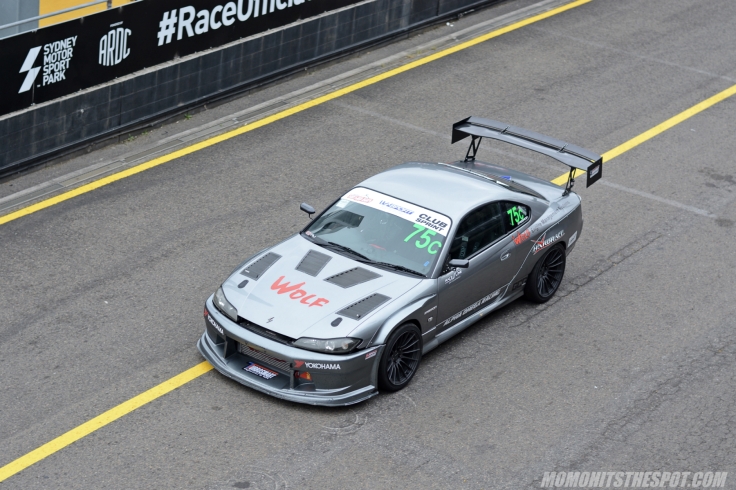 The Wolf EMS Silvia S15 going out for an afternoon session.

The only Bugeye in all classes, the Got It Rex WRX.

This was a pretty good view of the Voltex/Mugen aero of the BYP Racing S2000. 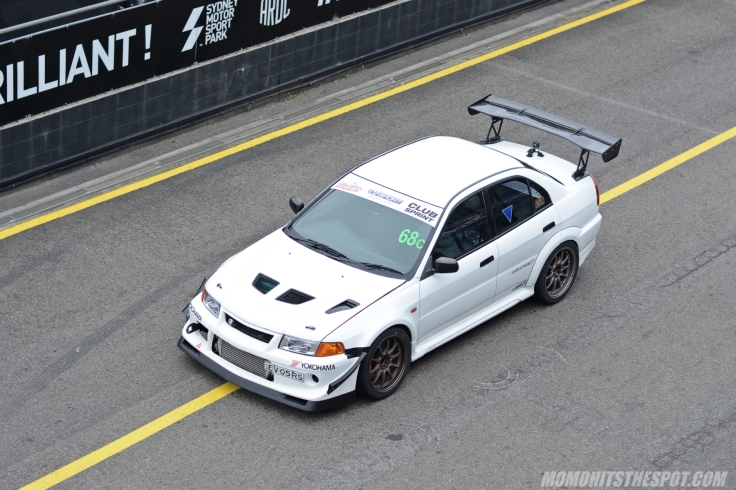 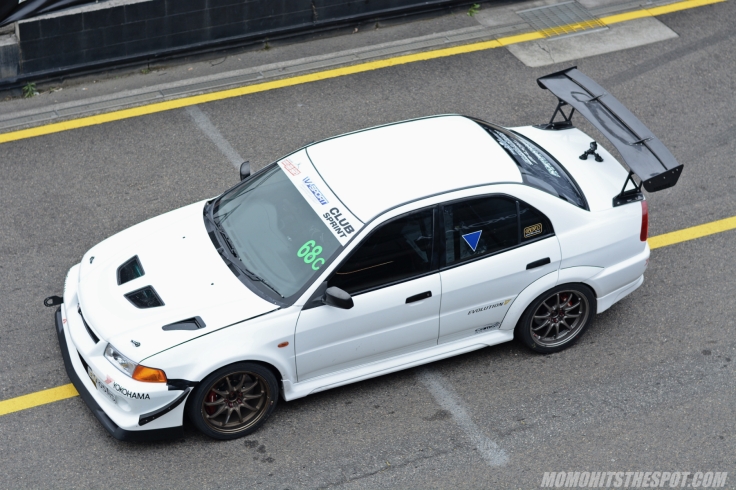 Another great looking car in Clubsprint Class, the Evolution Racing Spares Evo V which finished in the top ten of its class.

So, that concludes part 2 of day two, but more is still yet to come….. are you tired of all these WTAC posts yet? I hope not, as we head back to the StylizeD show for some eye candy not seen in my previous posts. Stay tuned!!!

2020 saw an intense battle between the “big 3” NA FF machines at Attack Tsukuba with the GNR Racing EK9 coming out on top clocking a best time of 57.100. The Aslan & Yellow Factory cars finished the event with a 57.140 and 57.279, respectively 🏁 keep in mind, these are not their PBs...
Throwing it back to an EP3 Type R in front of J’s Racing many moons ago... is the 7th Gen Civic hatch one of the most underrated and under appreciated? 🤔
The Arvou Kimidori S2000 back at home after its battle with the Fura and ASM S2000s a few years ago 🏁
The Pressed Double Black SLs is a great match on this Rush Factory R34... or is the R34 a great match for the SLs 🤔... either way, this GTR looks 👌🏻😅
Auto Rescue Izu FD. One of a kind and one of the best 🏁
The N-One Racing R32 with a very mild look finished the 2020 event in the minute range...