So, here we are….. the last part of my Attack Tsukuba coverage. I’m kinda sad that there’s so much uncertainty in regards to future events, especially the car related ones, which pretty much forces everyone’s content to slow to a standstill. Of course, maintaining social distancing and protecting other’s health is the top priority right now, a part of me do wish that we can return to normalcy in the very near future. I can’t wait to go out shooting again! But in the meantime, I guess the next best thing to do is to continue to catch up on all the material I accumulated before all of this craziness hit the fan. So, let us continue to dive into more beautiful sights from Tsukuba Circuit! 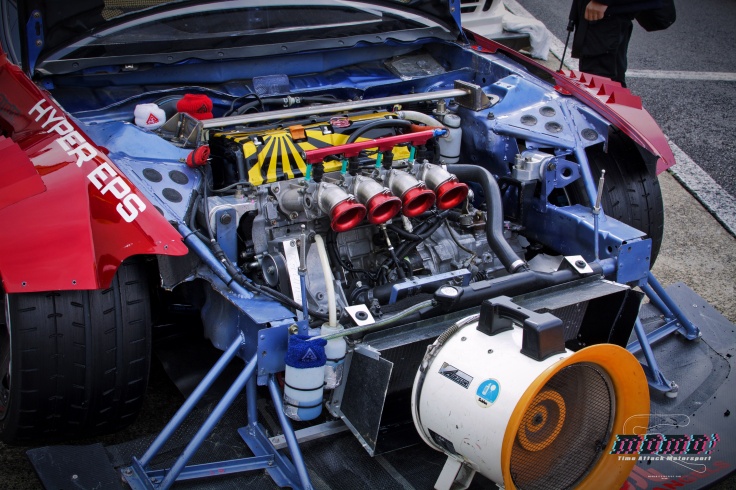 The old NA FF record holder from Aslan got a bit wider and stickier this year thanks to new fenders and the switch up to 315/30 Hoosier Tires up front. But the new upgrades did not net positive results as the car failed to improve on its personal best finishing the day with a 57.140. 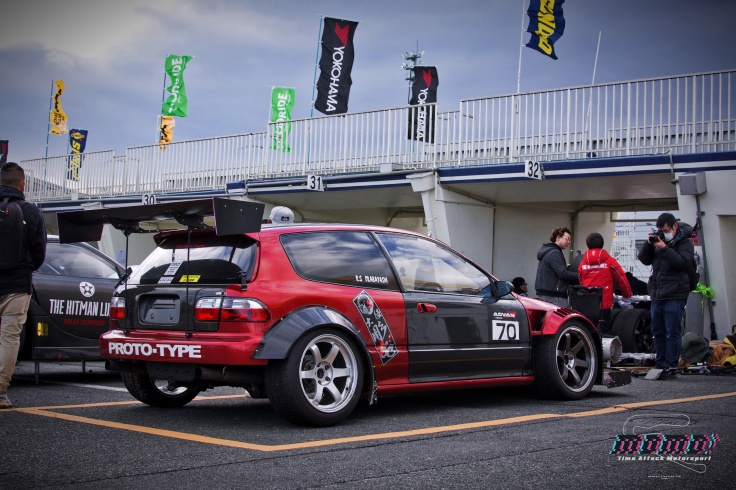 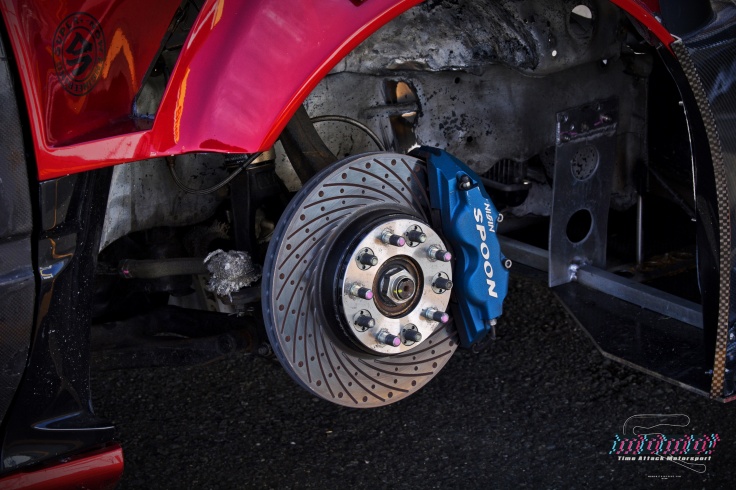 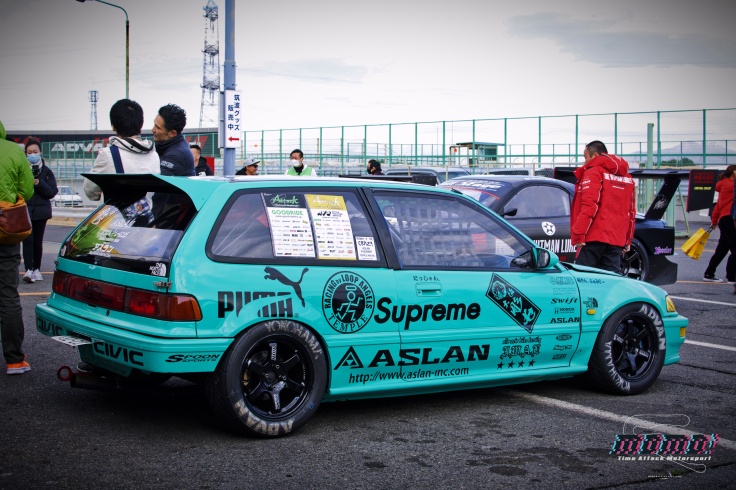 Aslan also had a couple of other cars out for the event with a Radial Class EG6 and their hypebeast-looking EF. 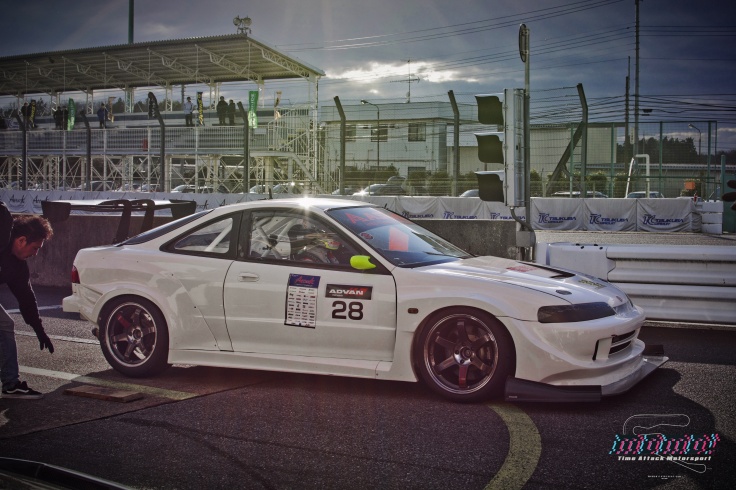 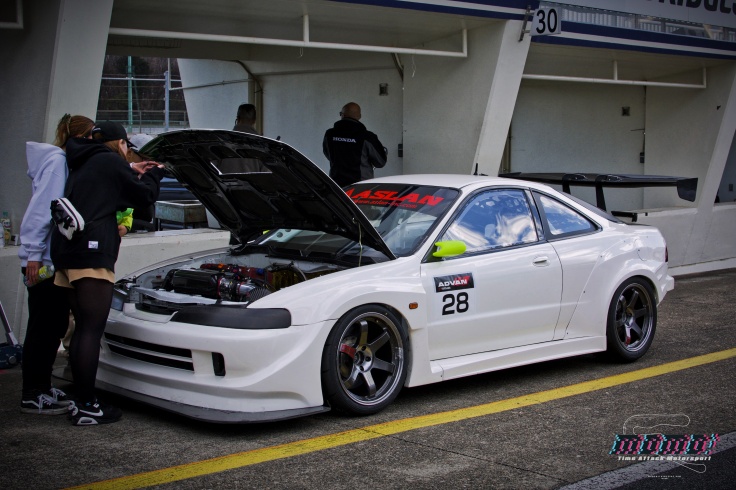 Kenneth Lau’s DC2R has been hanging out in Japan for awhile now and looks like it got some major upgrades such as the M&M Honda wide body kit. I normally prefer a stock-bodied ITR but I must say, this looks pretty fantastic and I think it opened up more options or wheel and tire sizing.

There was a three-way NA FF battle during Attack and the winner happened to be the GNR Racing EK9. The best lap it laid down for the day was a 57.100, just four hundredths of a second faster than the Aslan EG. 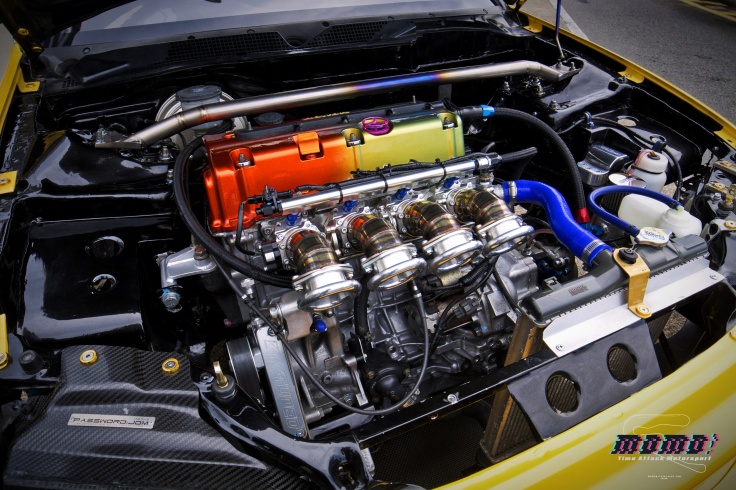 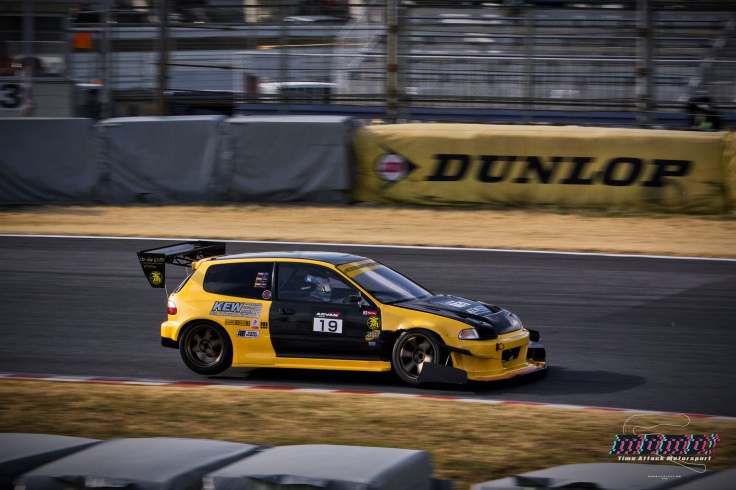 The slowest for the three cars happened to be the Yellow Factory Egg which still finished the day in the 57 second range. While it might be the slowest for the event, it did capture the fastest NA FF lap at TC2000 just a couple weeks earlier, so I guess Ryo still gets the last laugh…

The Super Way EK retained the B-Series power plant unlike its faster counterparts.

The Nostalgic Garage/DeepSeban EG6 is a beautiful looking car. 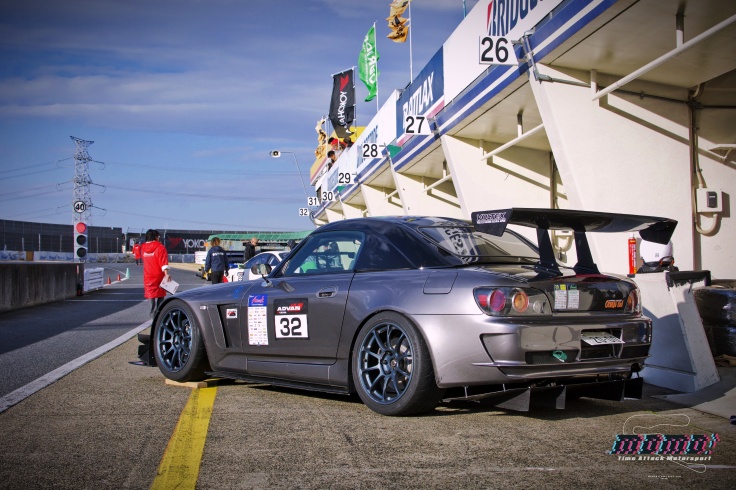 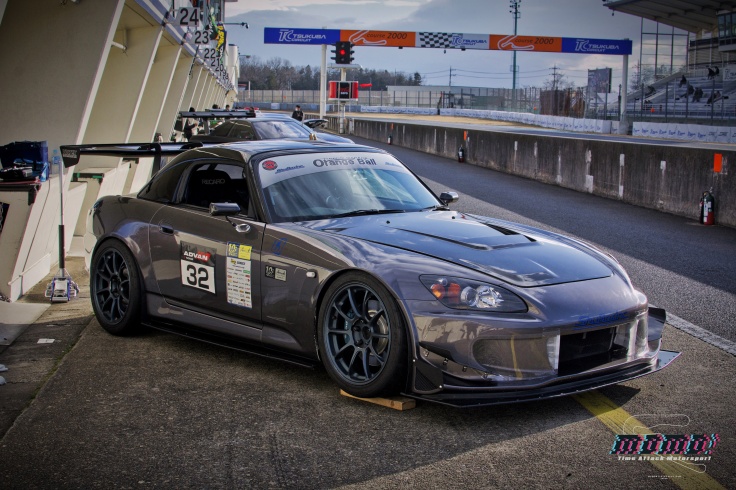 Tarmac Meister has probably the nicest “streetable” S2000s around. It’s kinda hard to believe such a pretty car goes to the track so often… 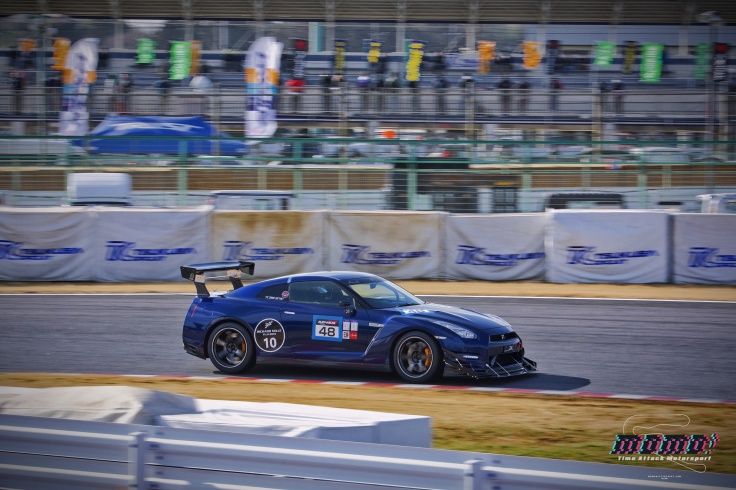 Some R35s for any R35 lovers… I’m not much of a fan of the new gen GTRs personally.

R32 on the other hand… is possibly the second best after the R34.

Goodride Tires has been promoting their products at Attack the pass few years and this year they brought out a Pandem A90 Supra to display.

That spacer is wider than some of your wheels lol… 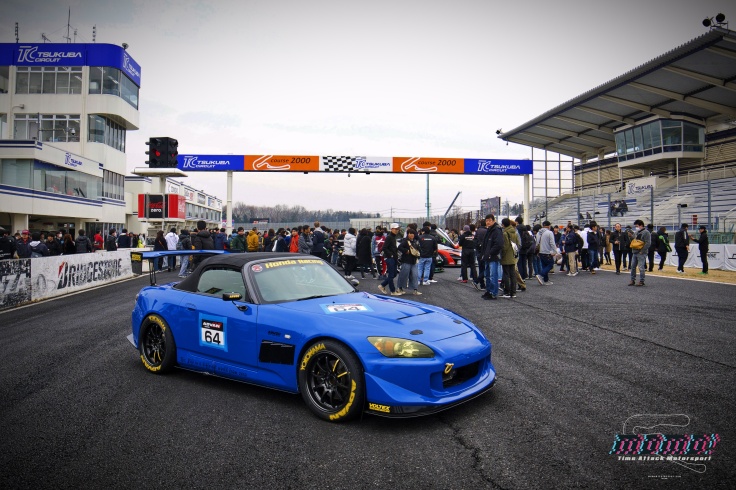 It’s been a tradition to have cars out on the track for some photo op, and this year was no different.

The N-One Racing 380RS had some new carbon pieces fitted to the car. I think it’ll look pretty nice once it’s all paint matched… 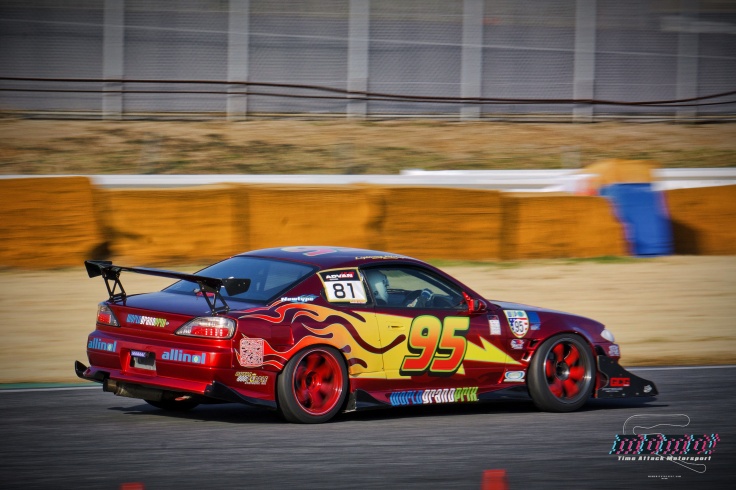 Not sure how I feel about the Drift McQueen S15, but it did go sub-minute so there’s that going for it. 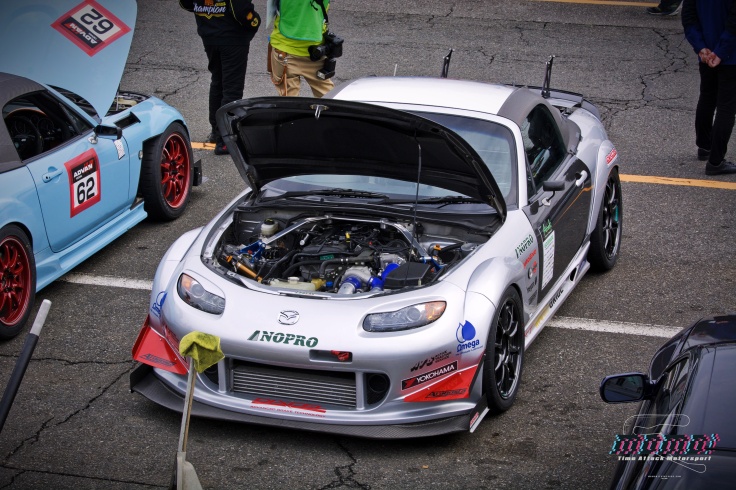 The Nogami Project NC Miata pushes out a healthy 300HPs thanks to a Rotrex Supercharger.

Wish we all got to see the Admix GTR in action but it had difficulties turning the engine over. 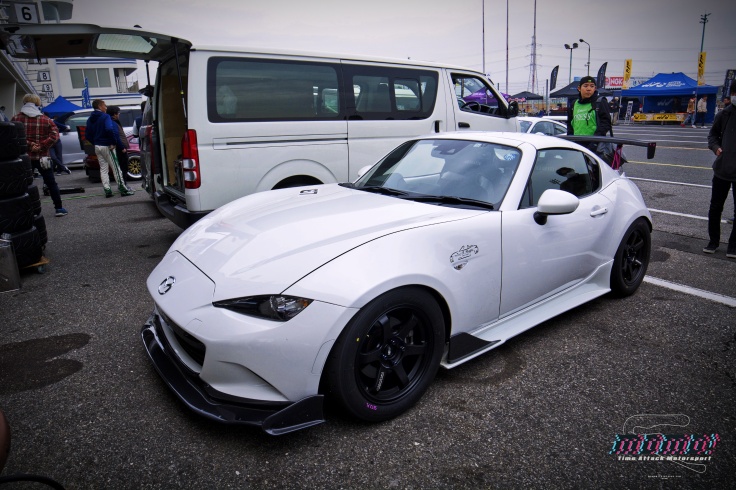 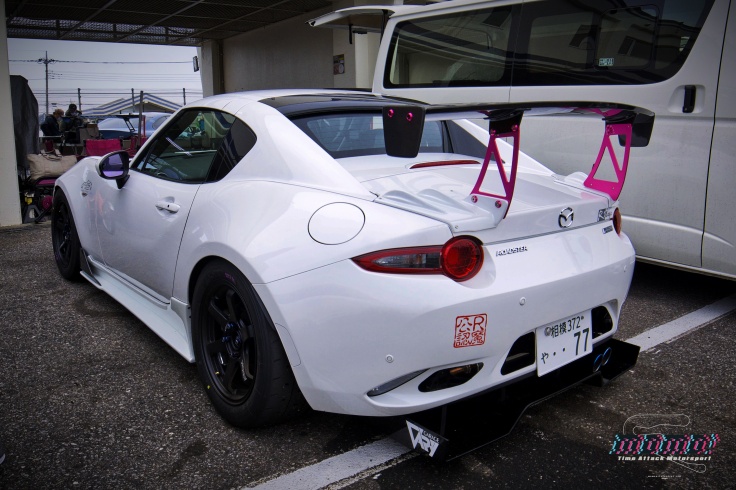 R-Magic brought out quite possibly my favorite Miata at the event. The fourth gen roadster in stock form is not much of a looker, but with a little R-Magic “magic”, the car transformed into something so clean and appealing. Makes you want a Miata doesn’t it? 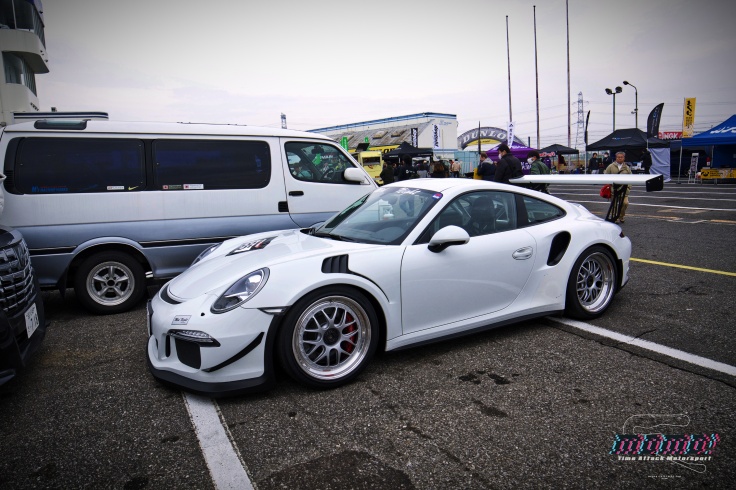 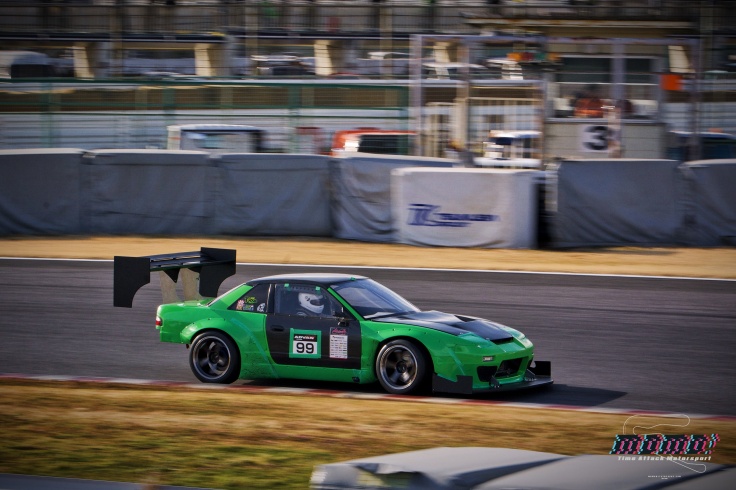 First time seeing the S-Complete 320 Onevia and it was incredibly fast! 55.628 was its best time, which was good enough for 6th place overall at Attack! 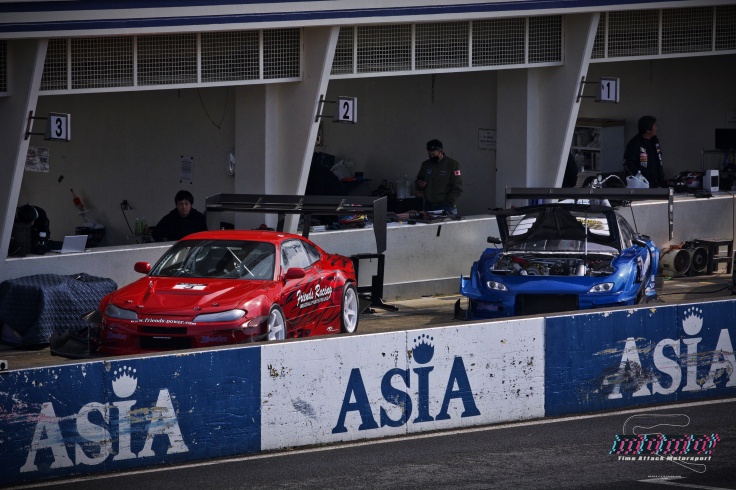 Two of the fastest in the game. 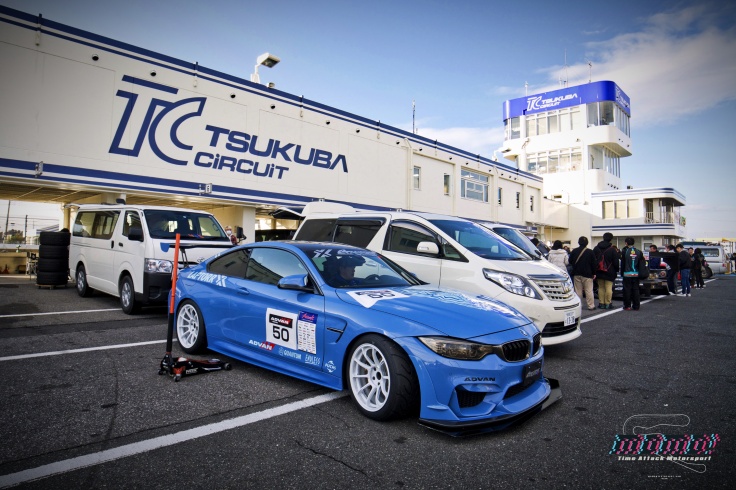 Assist Kyoto’s M4 couldn’t muster a new PB even with Taniguchi behind the wheel once again. 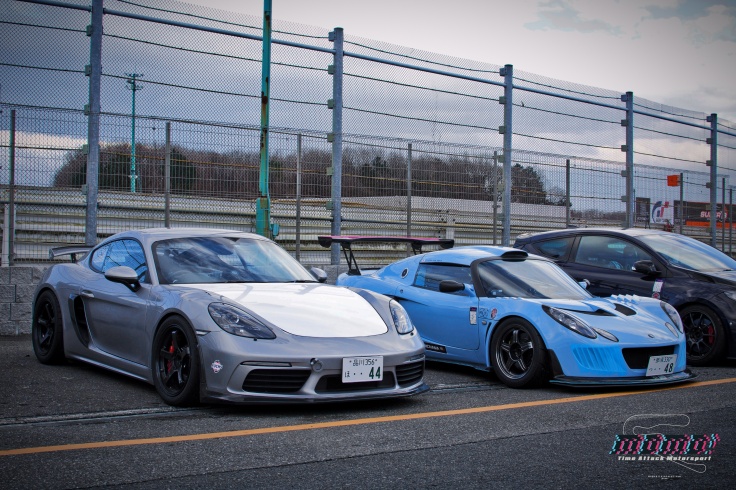 The 58 second capable OuterPlus Lotus couldn’t get under a minute this year. Like I said before, many people struggled to hit their target times… 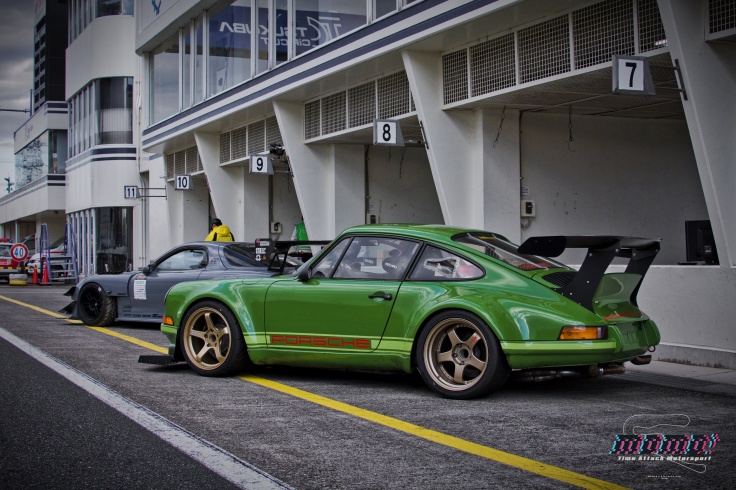 An Attack regular, the KBC Evolution V was back again this year looking to aim for a 55 second pass. Unfortunately, they fell short like many others. 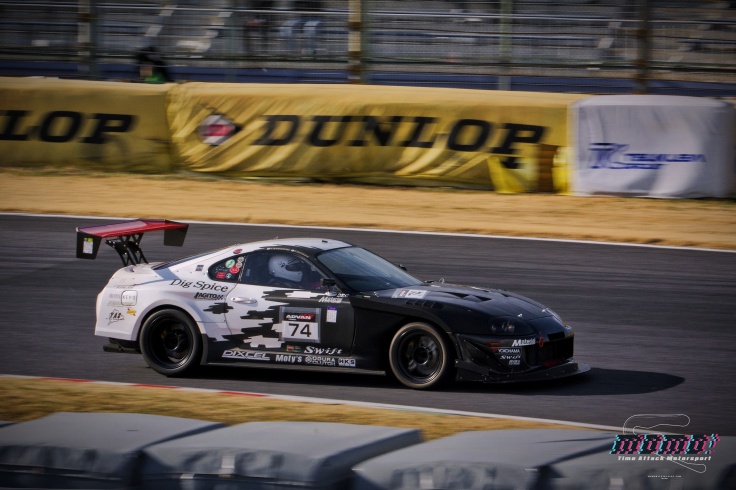 Did you guys see the Material Auto Supra I posted up in the last post? Well that one was running a Ridox kit, and this one was sporting a Tamon Design kit. Which do you like more?

The simple engine bay of the ASM demo AP2. 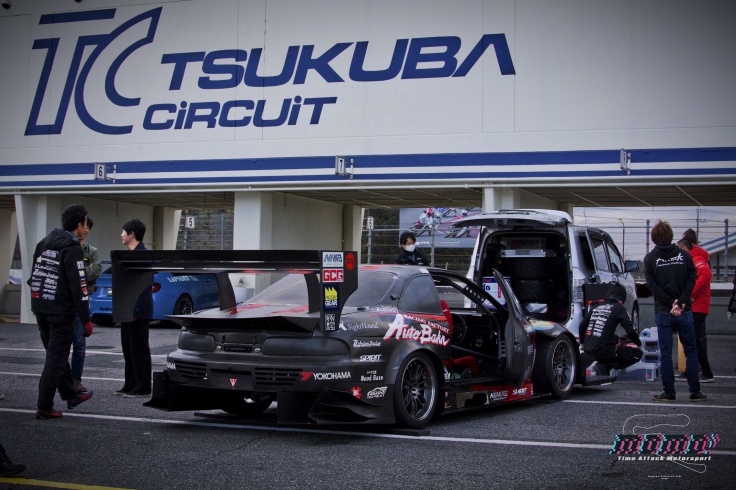 Iconic track with an iconic car. 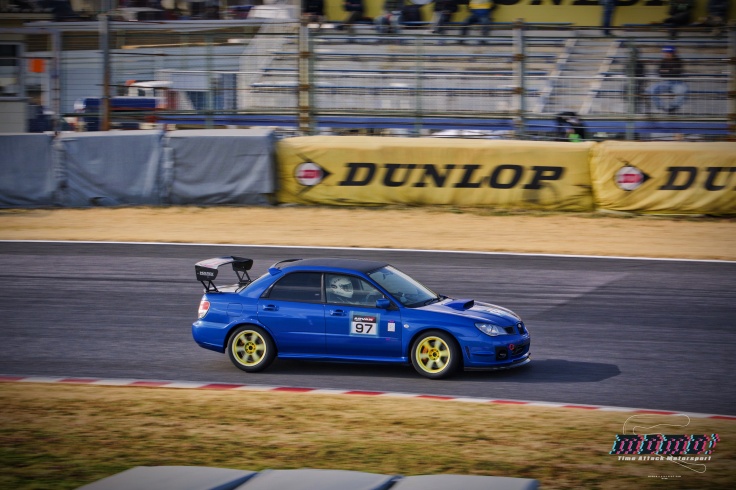 The Evo was faster than the STi if you were wondering…

Not sure if you can see it clearly but the GNR Senna suffered a mishap during turn one and the end result was some scuffs and a broken side mirror. For a common car, these damages are pretty insignificant, but the Senna is anything but common, so I expect the repairs to be pretty hefty.

The Garage Mak S15 all trailered up and ready to go home. I guess this would be the perfect image to end the post as well as the coverage from Tsukuba. I’m crossing my fingers and really hoping this pandemic will subside by summer, so I can plan the next trip to Japan later in the year or so. In the meantime, I wish you guys all good health and stay safe out there! Or in there… since you’re not suppose to go outside much.

By the way, if you guys haven’t checked out my Tsukuba highlights video on YouTube, it’s posted here after this break…